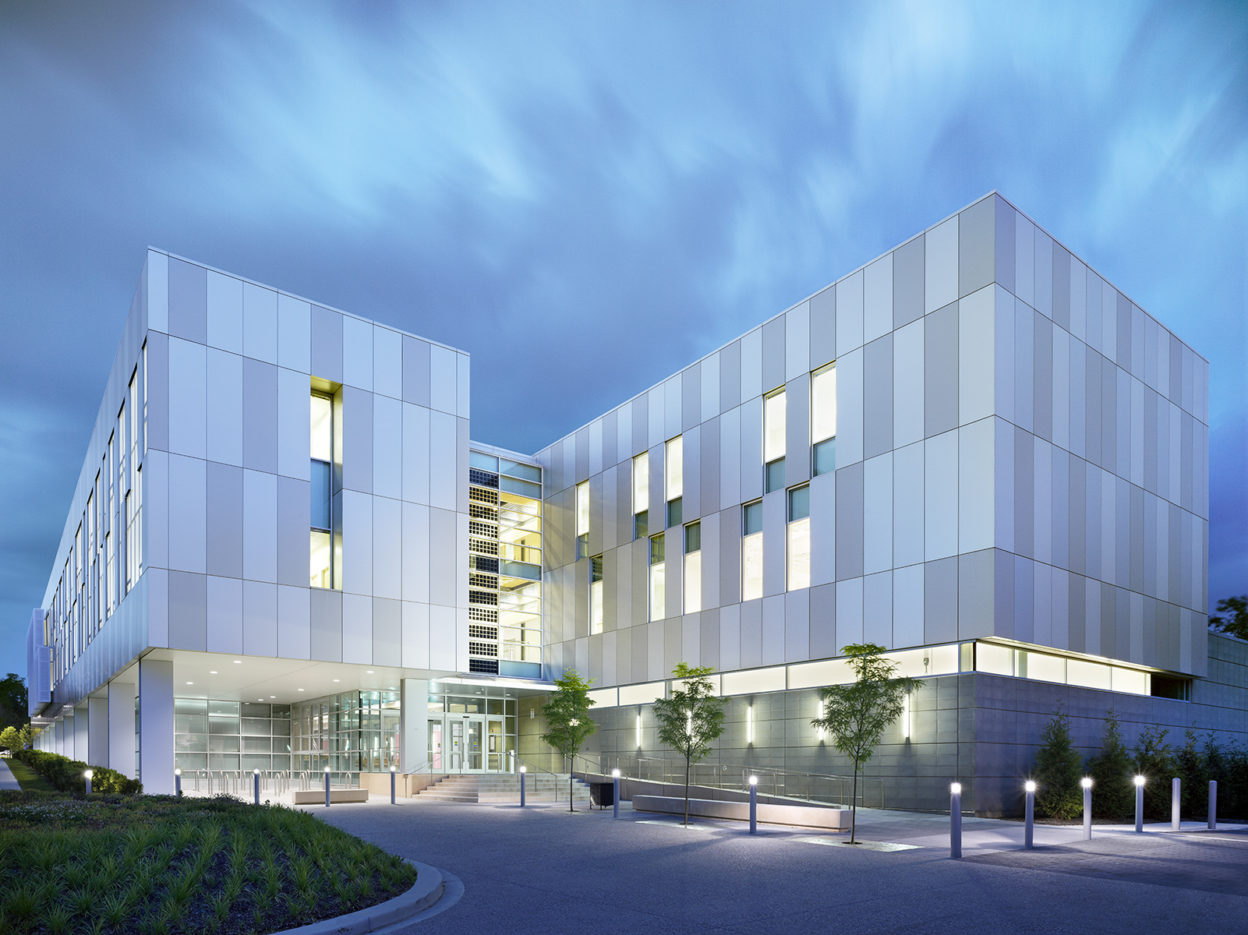 This project includes many unique features ranging from rare structural laboratory features to green technology applications. A state-of-the-art structural laboratory houses equipment that only a few other universities on the east coast own. The building is equipped with an earthquake simulator, one of only two on the East Coast, which can reproduce seismic activity up to 9.0 on the Richter scale. Additionally, the building utilizes solar energy collection devices (both solar electric and solar thermal) as a demonstration of sustainable energy production and to offset a fraction of the building’s energy consumption.

During construction, Barton Malow was awarded two additional projects on the site:  the new Central Plant and a 406-space parking garage to support this and adjacent facilities for the University.

Early buy-in from end-users became irreplaceable input in complicated lab spaces in CBEIS. When the stud walls were installed and MEP wall rough-in started, end-users walked through the areas, allowing us to confirm the correct equipment to order, ensure the correct MEP equipment was installed in each space and streamline the coordination and logistics of each room. The early input resulted in minimal changes after the rooms were complete, as well as cost savings. 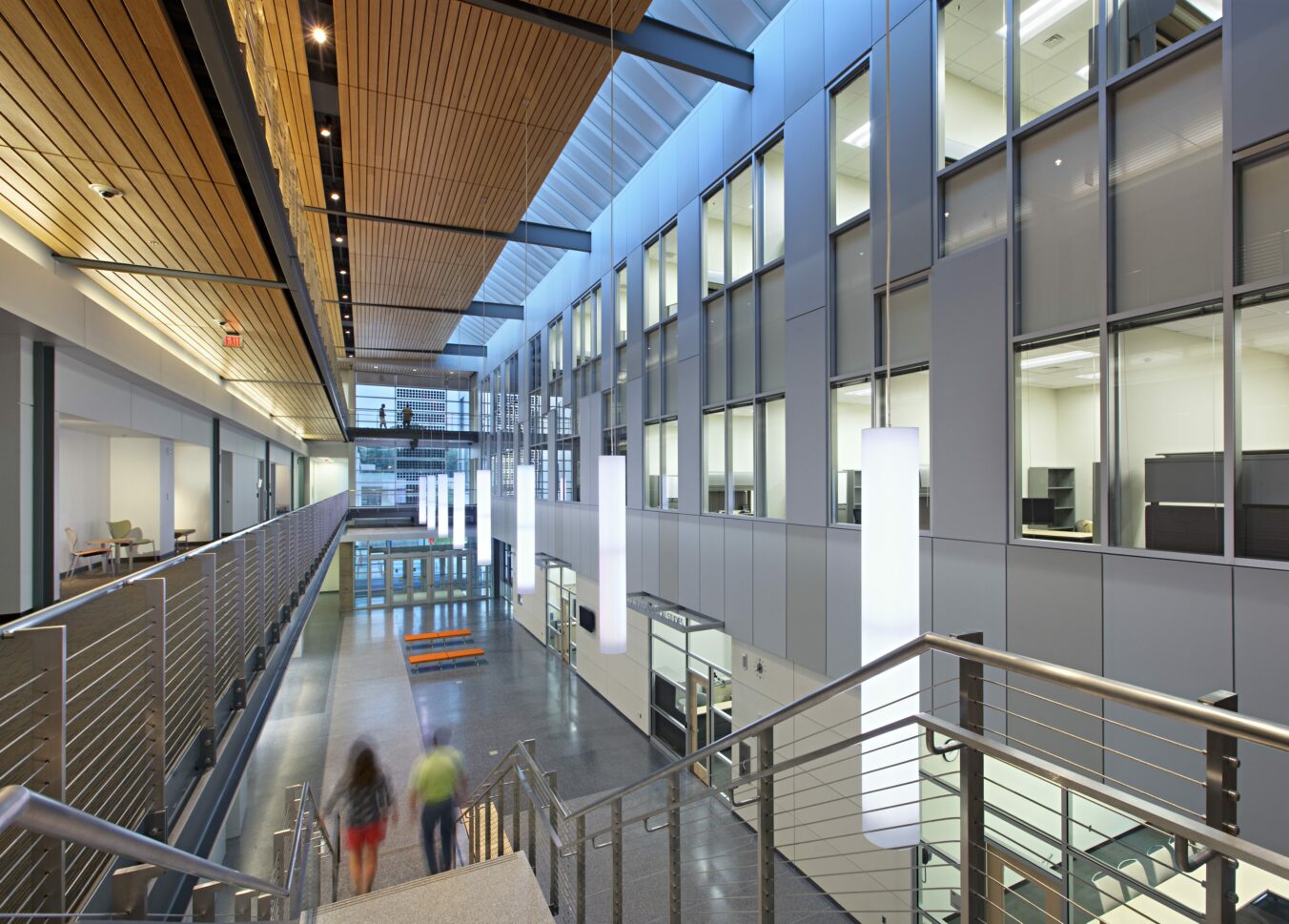 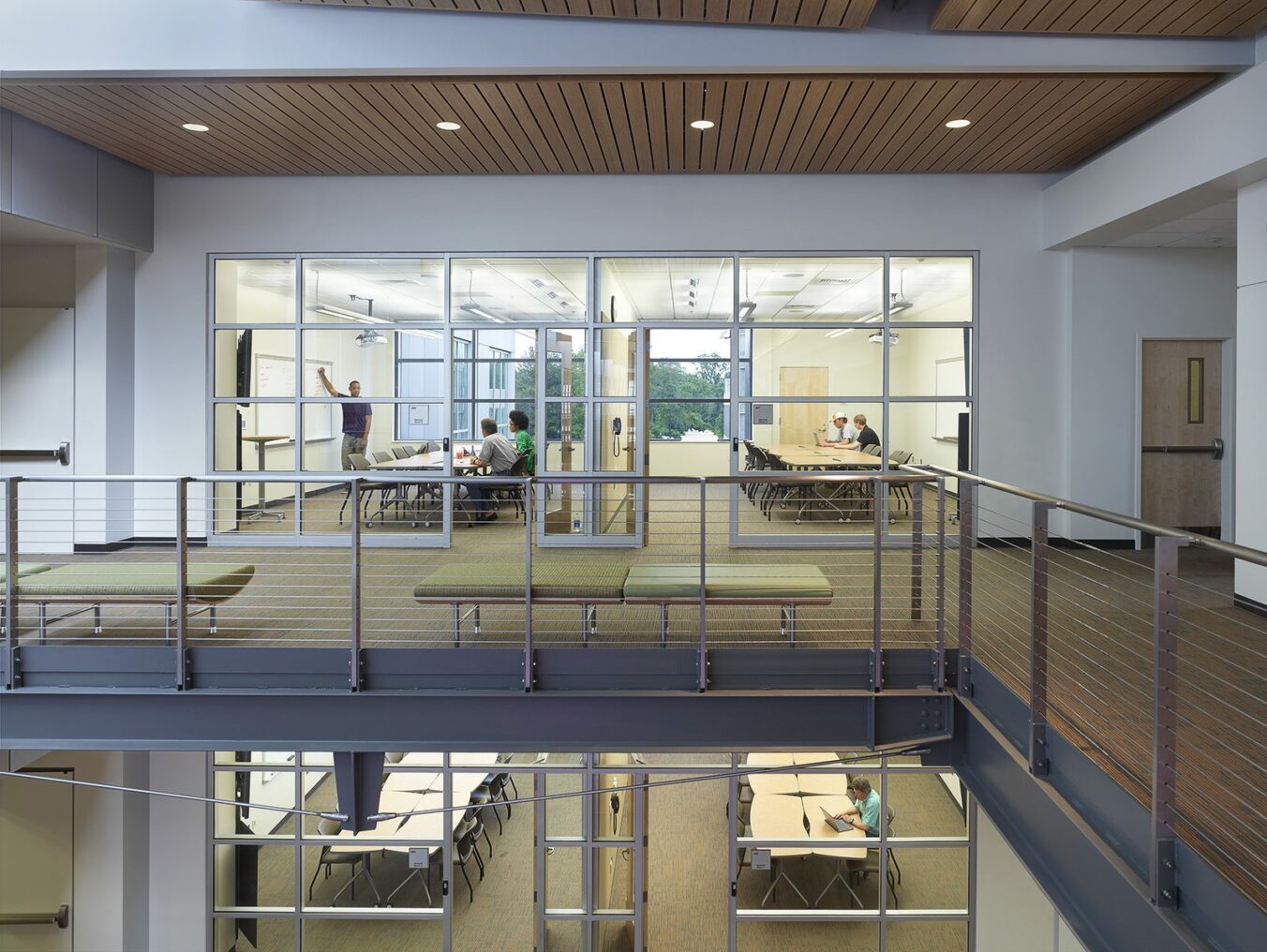 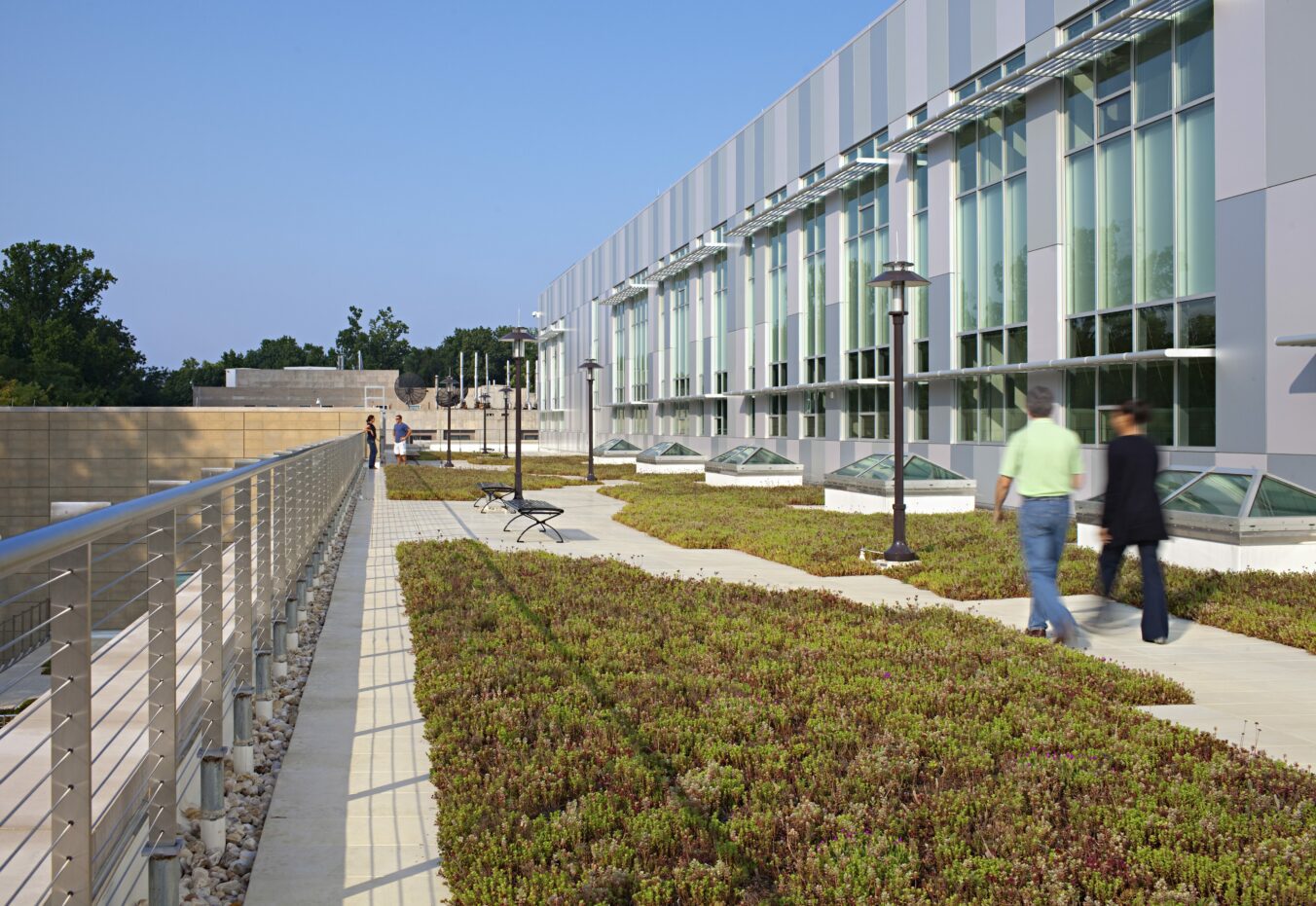 In addition to the greenroof, CBEIS utilizes high performance materials and systems that has earned it LEED GOLD Certification. 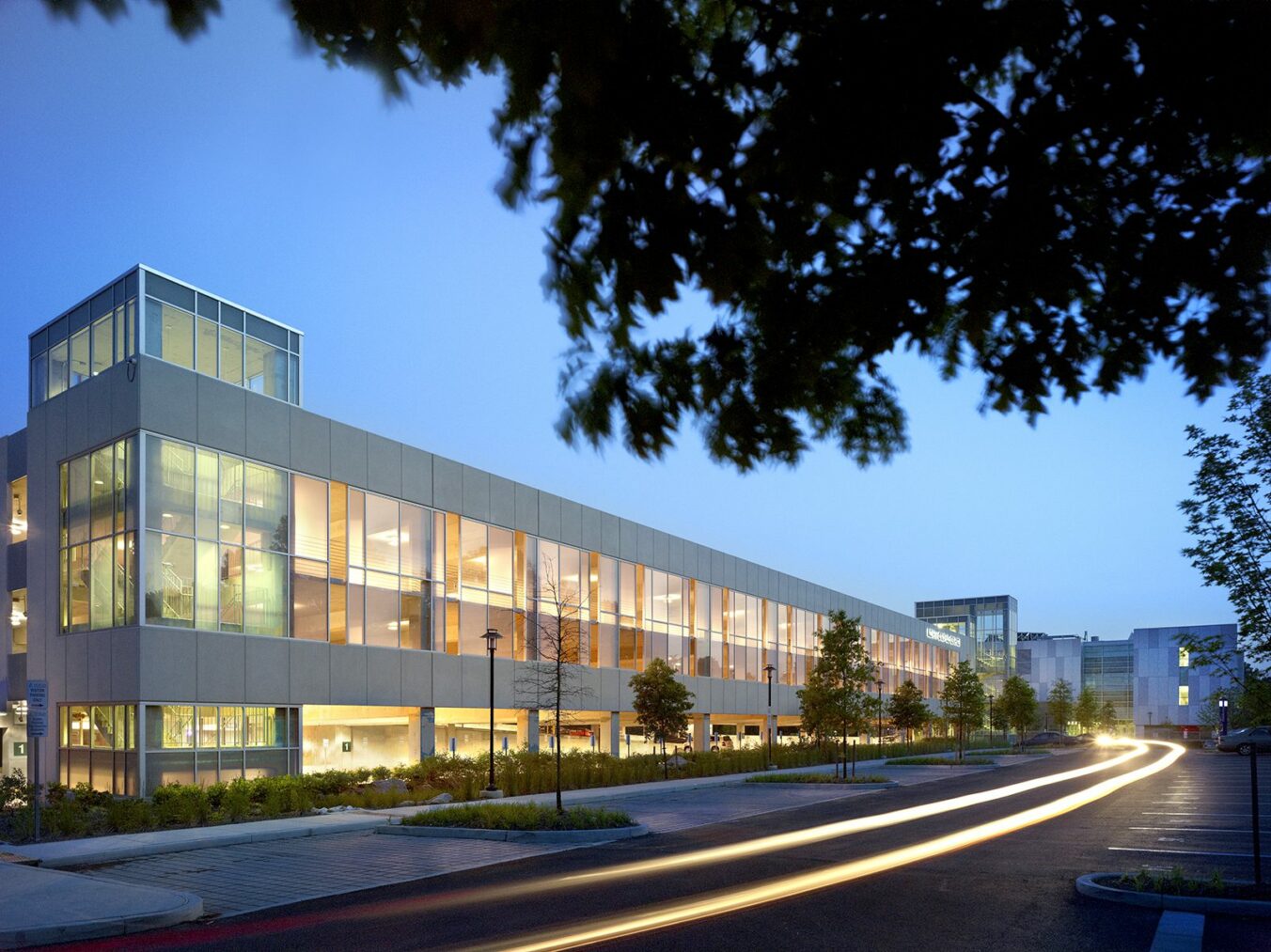 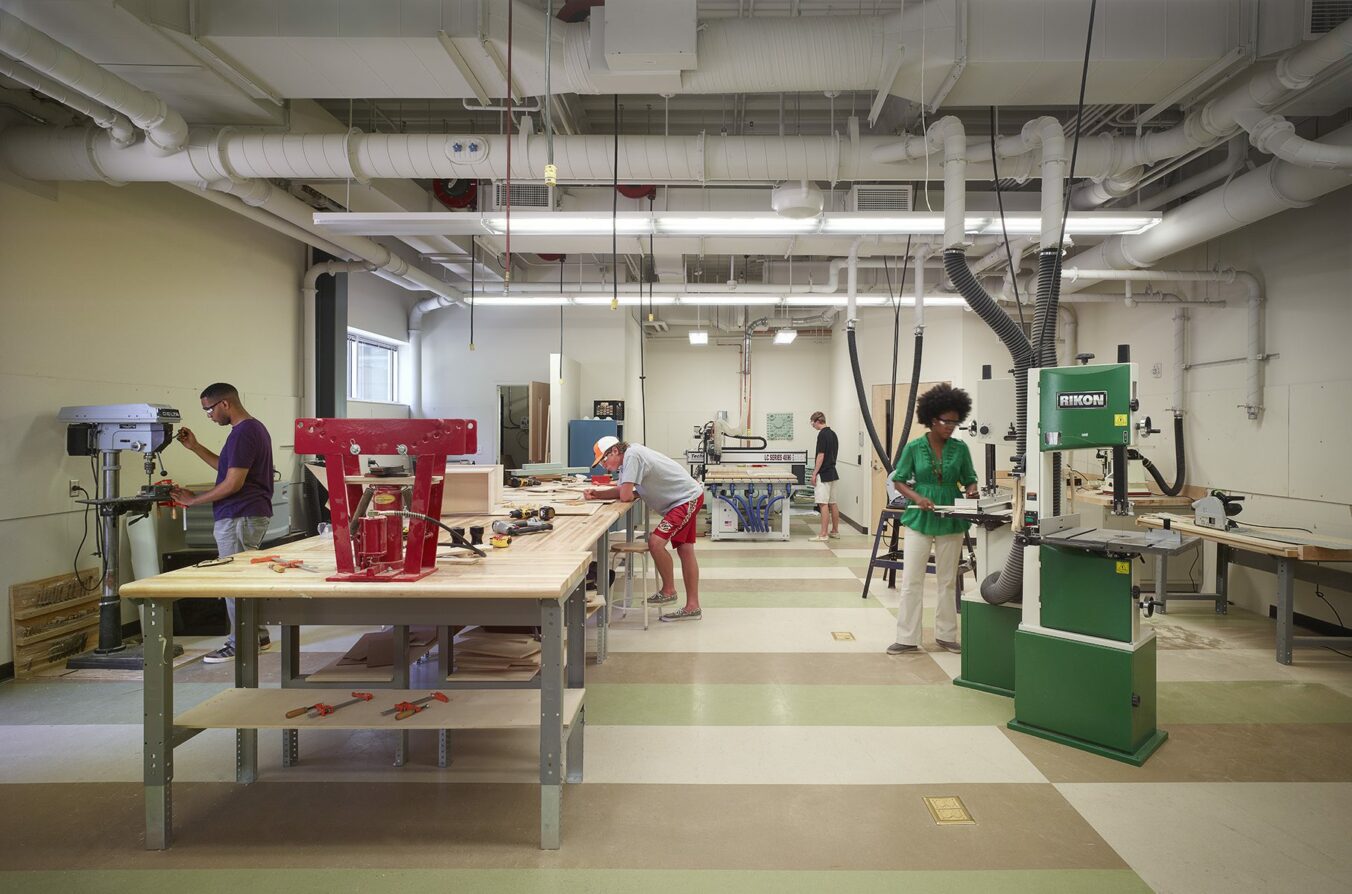