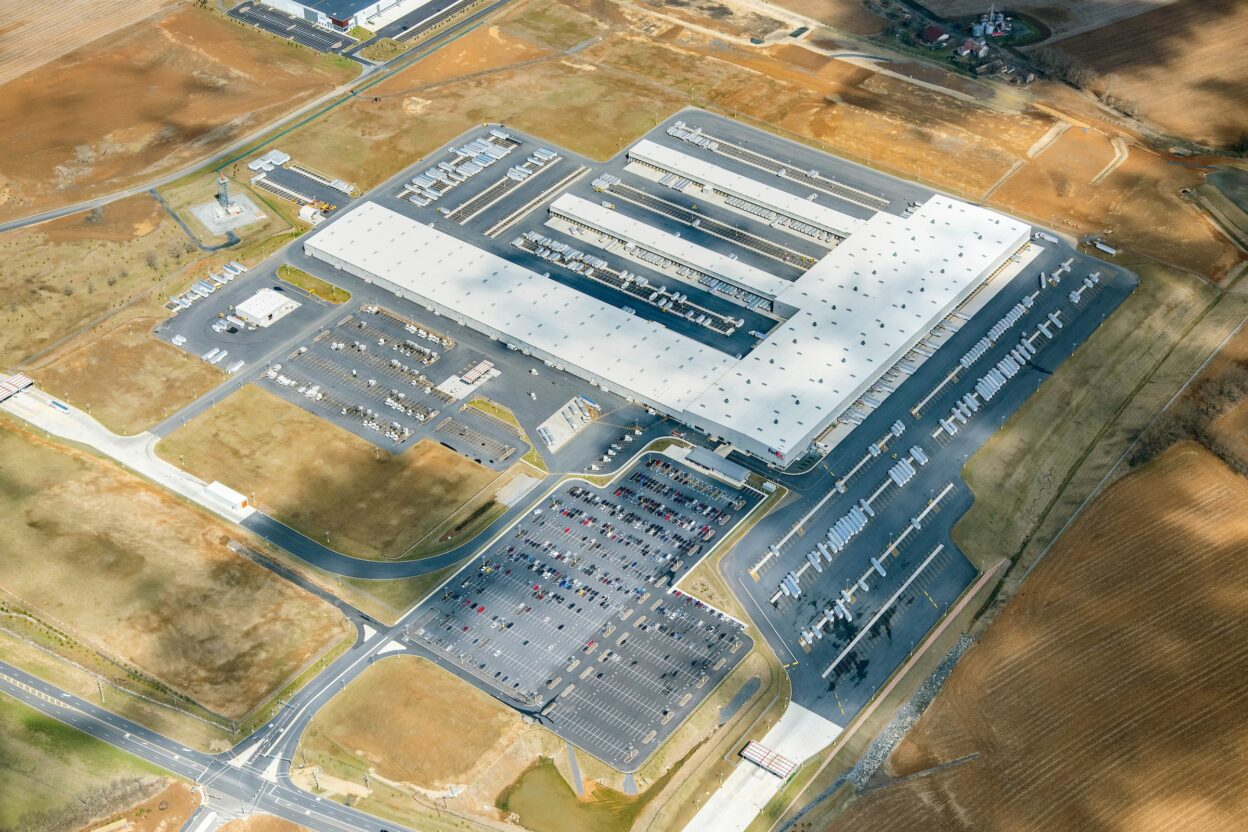 Barton Malow led the construction of the new FedEx Ground Flex Hub in Allentown, Pennsylvania, a combined distribution center, handling deliveries between metropolitan hubs such as New York City, Philadelphia, Pittsburgh, and Washington, D.C., as well as local deliveries in the Lehigh Valley. With more than 1.2 million total SF, construction consisted of the main distribution warehouse with load wings, along with a four-bay maintenance garage, office spaces, a gateway building, a trailer wash building, a salt storage building, two gatehouses, and a fuel island. The project also included 253 acres of associated site work.

The site selected for this facility was geotechnically challenged, with sinkhole-prone soils, various rock outcroppings, and elevation differences maxing out at over 70 feet. Barton Malow was faced with overcoming these ongoing difficulties, as well as ensuring the facility’s opening milestone was achieved. Once completed, over 300,000 sq. yards of asphalt and concrete paving were installed, over 500,000 CY of rock was blasted, and over 1.9 million CY of earth was moved to develop the site.

Barton Malow’s collaborative approach with FedEx Ground representatives, geotechnical engineers, the local conservation district, and civil subcontractors allowed for superior problem solving as project hurdles arose. In addition, through innovative planning and execution, the site team was able to seamlessly and safely transition portions of the distribution warehouse over early for employee training while construction activities wrapped up in other areas. As a result, the hub was opened to FedEx Ground operations on time, attaining its certification of occupancy ahead of schedule.