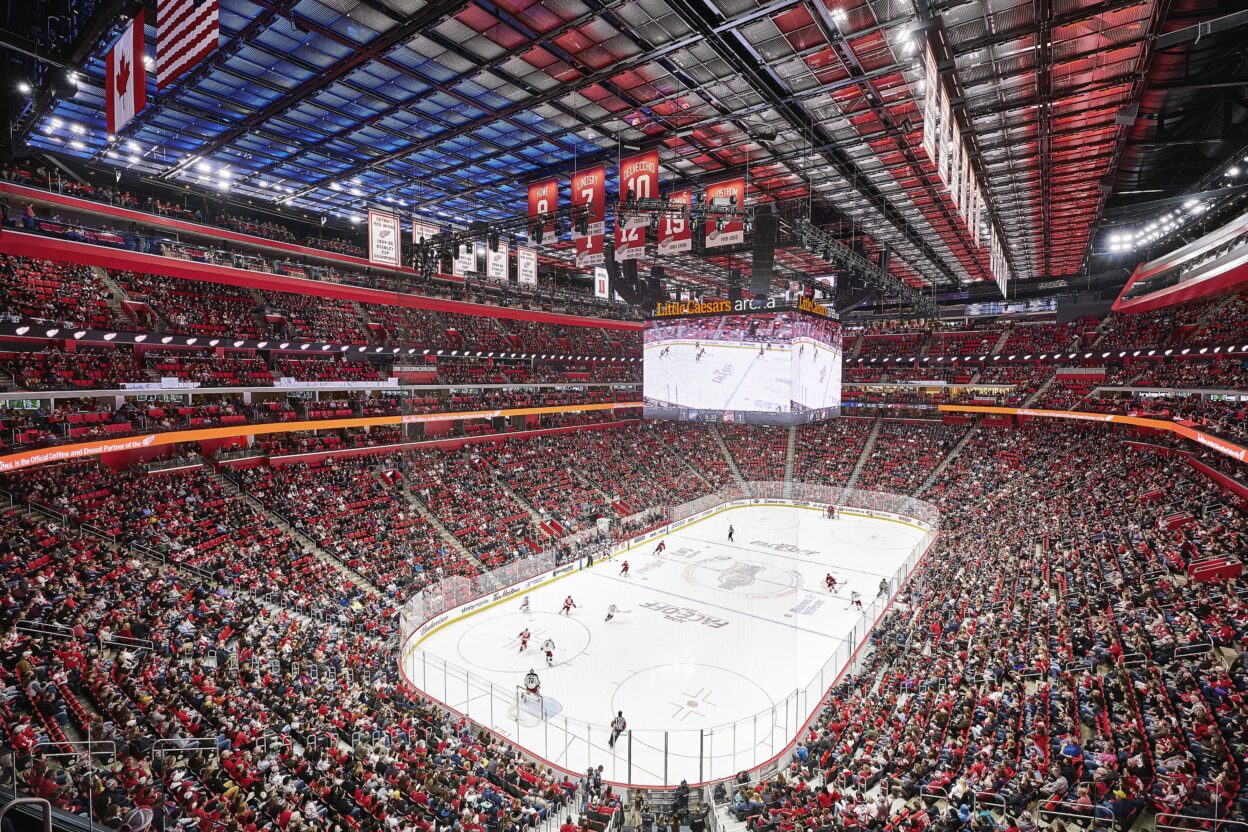 Little Caesars Arena is more than just the home sporting venue for the NHL’s Detroit Red Wings and the NBA’s Detroit Pistons. It’s an entertainment mecca, a key cog in the ongoing revitalization of Detroit, and a bridge between downtown and midtown Detroit. A leading NHL arena builder, Barton Malow, in partnership with Hunt and White Construction (BMHW), was proud to take on this significant undertaking and completed the project on time for a series of kickoff concerts and Pistons/Red Wings home openers.

The initial Little Caesars Arena project budget was $450 million; however, this was early in development when it was slated to only host the Red Wings. The late addition of the Pistons as a tenant changed the scope of the project and increased the contract amount to $862 million. Even with the late changes to accommodate the Pistons, the arena was still completed within the 28-month construction schedule, on budget, and with quality that surpassed even the original lofty expectations.

Olympia Development of Michigan presented a bold design for the new, state-of-the-art arena, and the BMHW team delivered. Little Caesars Arena stands eight stories tall, with the bowl floor 40 feet below street level. Gondola seating, a large SkyDeck modular tension wire grid system, and a suspended steel frame hanging from the roof make it visually stunning from the inside.

With Little Caesars Arena, BMHW has ushered in a new wave of opportunity. The team was committed to creating careers and training outlets for the citizens of Detroit and worked closely with small and medium-sized subcontractors throughout construction. We hosted seven workforce career expos to get Detroiters access to training and apprenticeships within the trades.

Learn more about our work as an NHL arena builder and in the sports and entertainment market here.

"Our vision for the new arena is for a one-of-a-kind facility that fits in with its neighborhood, that is authentic to our Detroit roots and offers an unmatched fan experience." 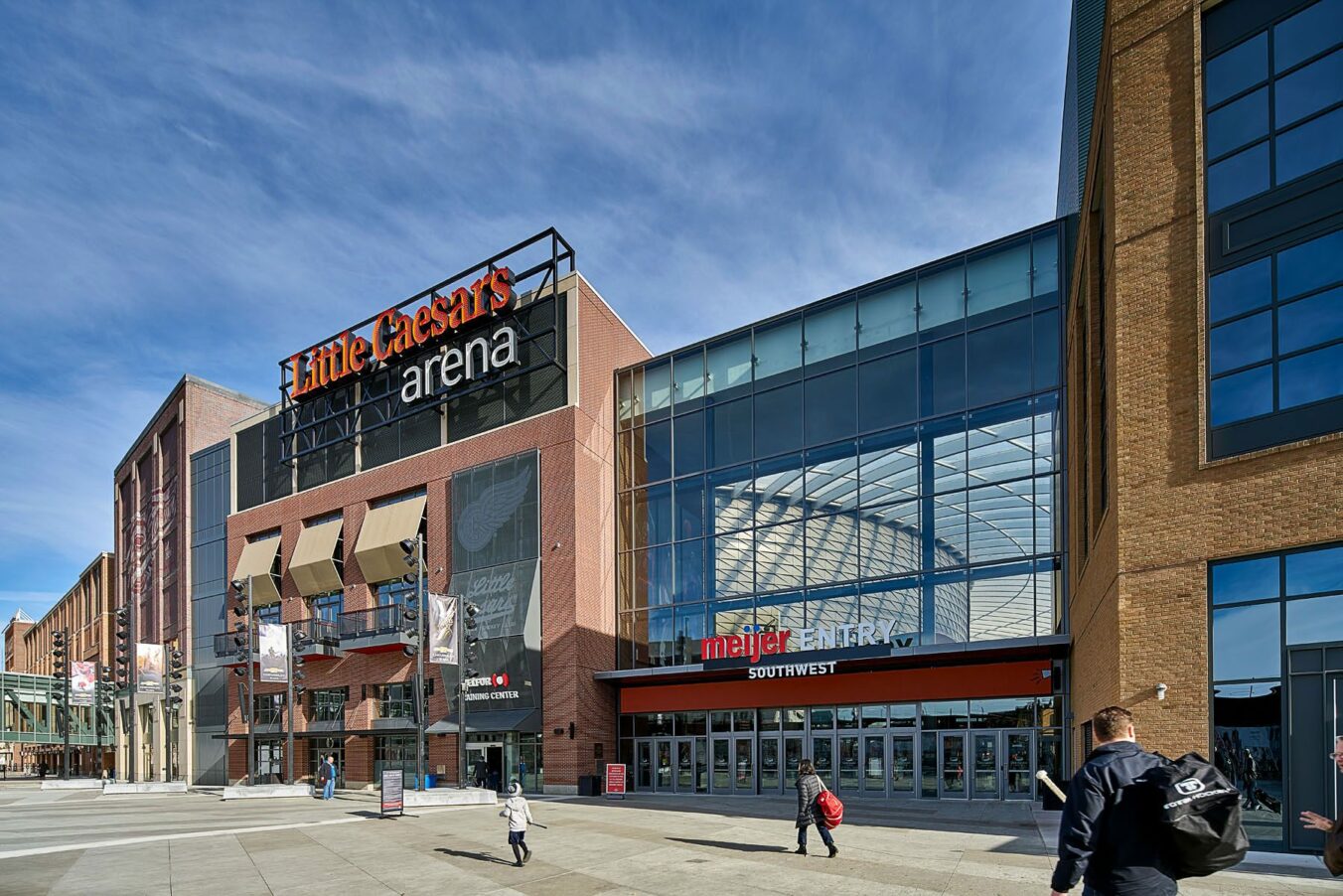 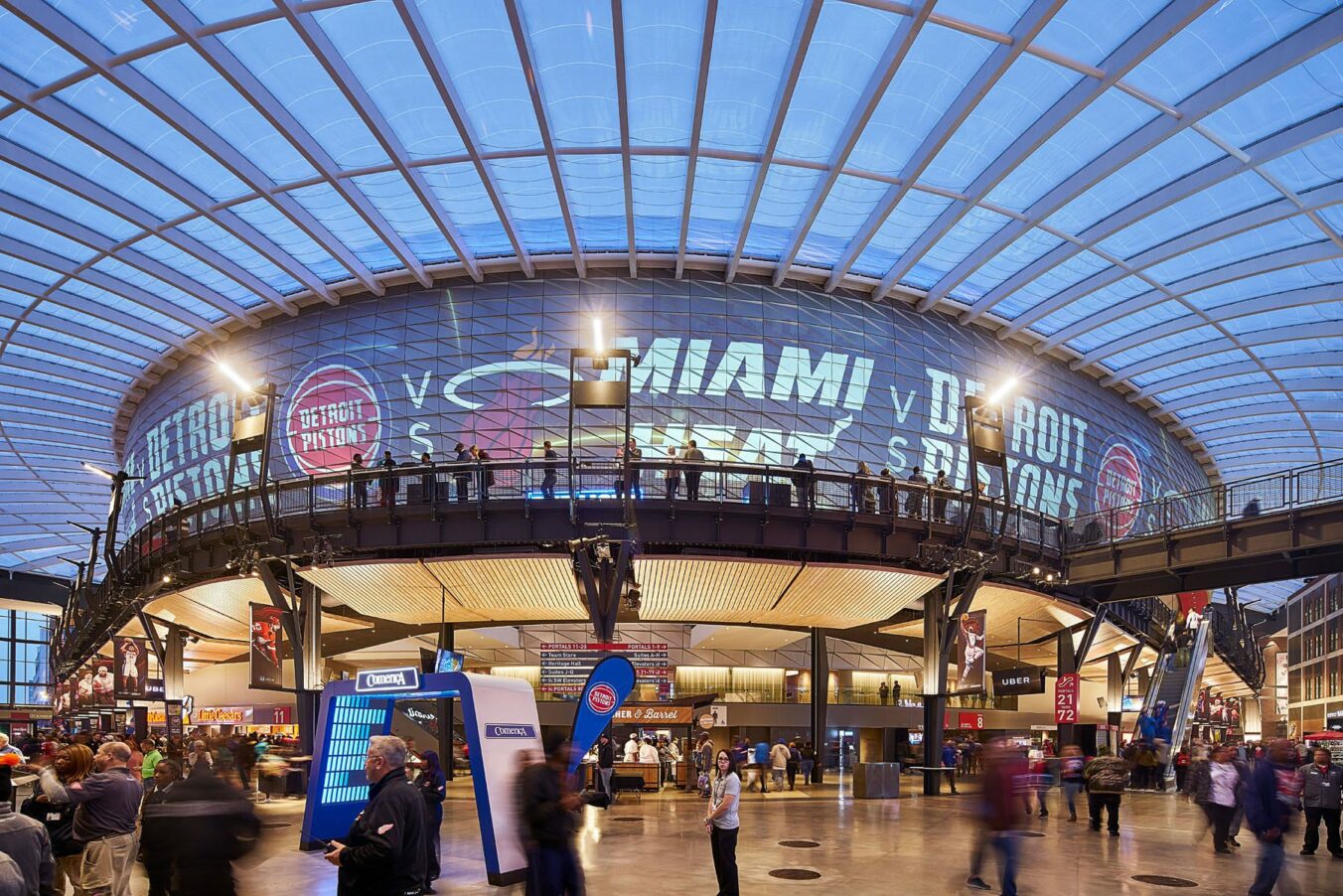 The arena’s concourse is a 61,000 SF covered pedestrian walkway that includes new offices, retail stores, and dining experiences open to the public year-round. 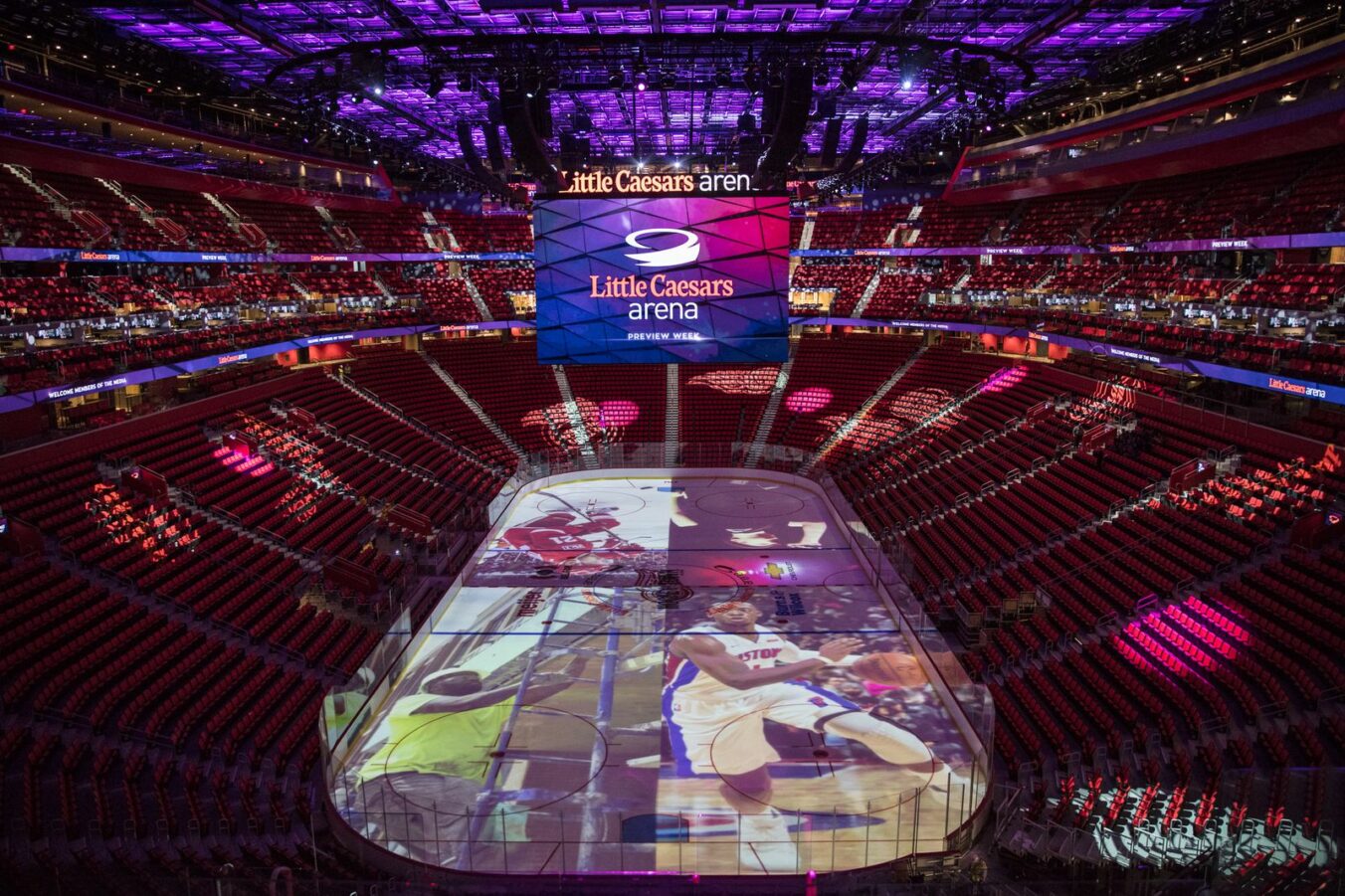 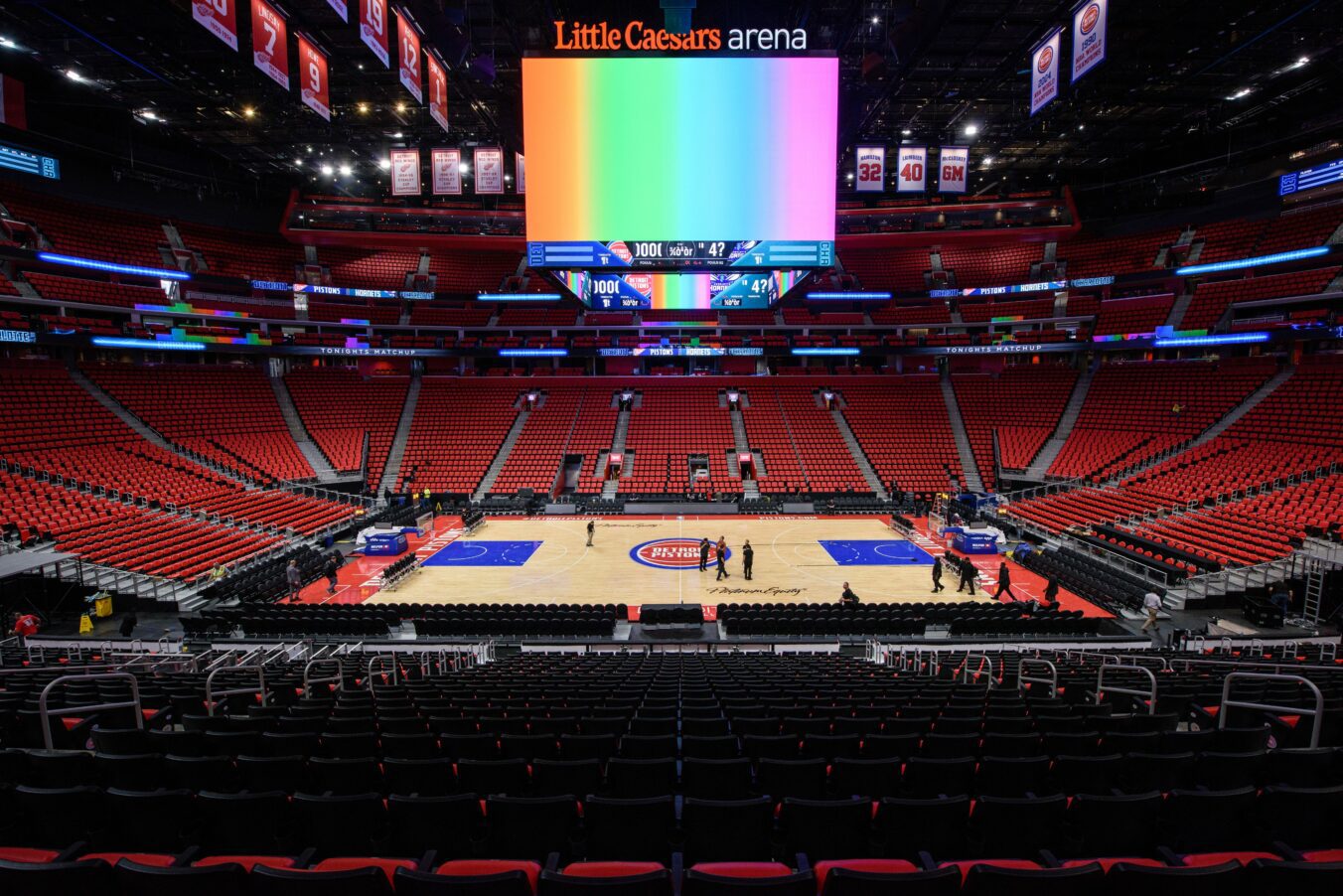 The center ice/court overhead scoreboard at Little Caesars Arena measures approximately 5,100 SF and is the largest scoreboard in the NHL by viewable area. It has four under-mount displays, which will be seen primarily by fans sitting closer to the ice or court. 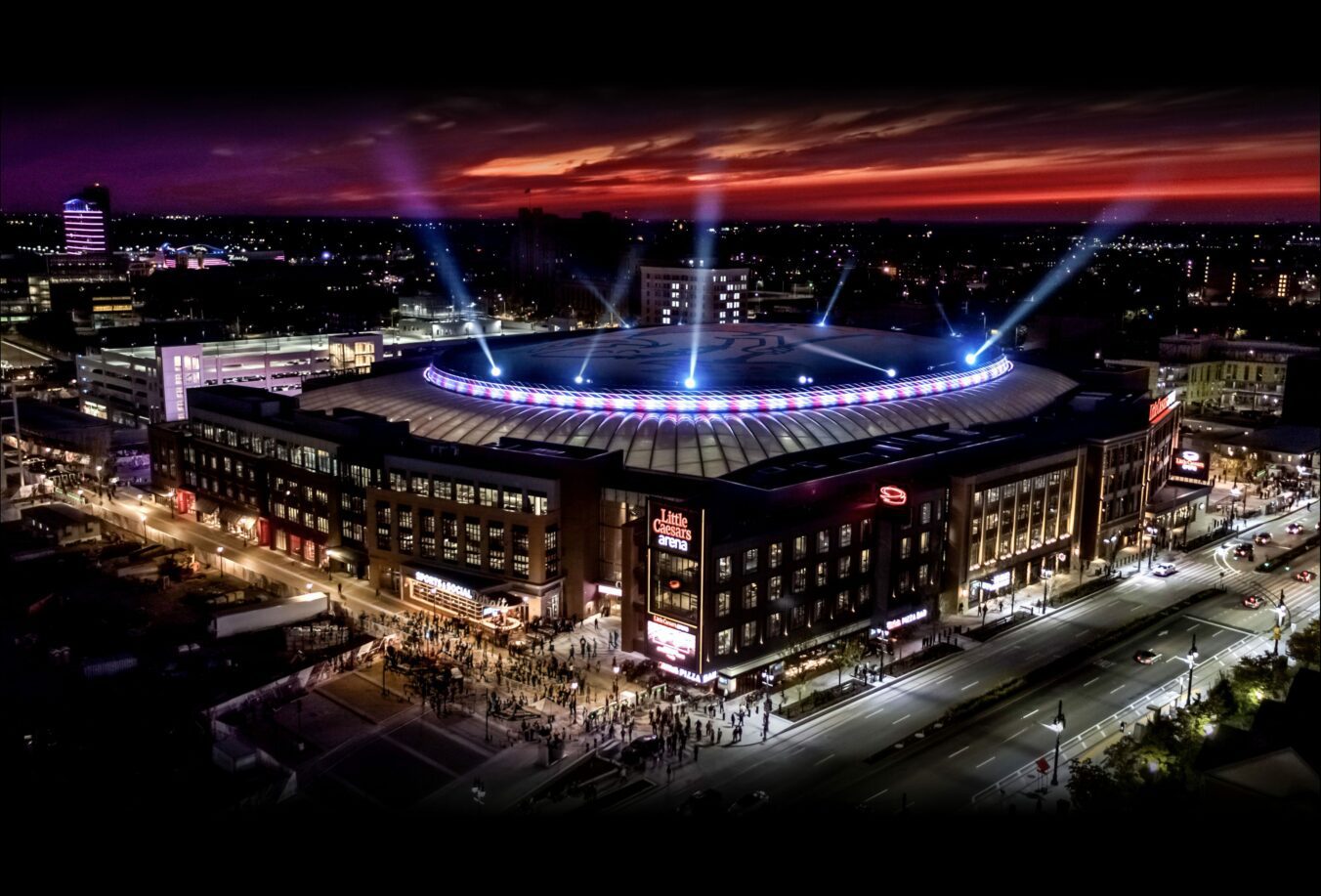