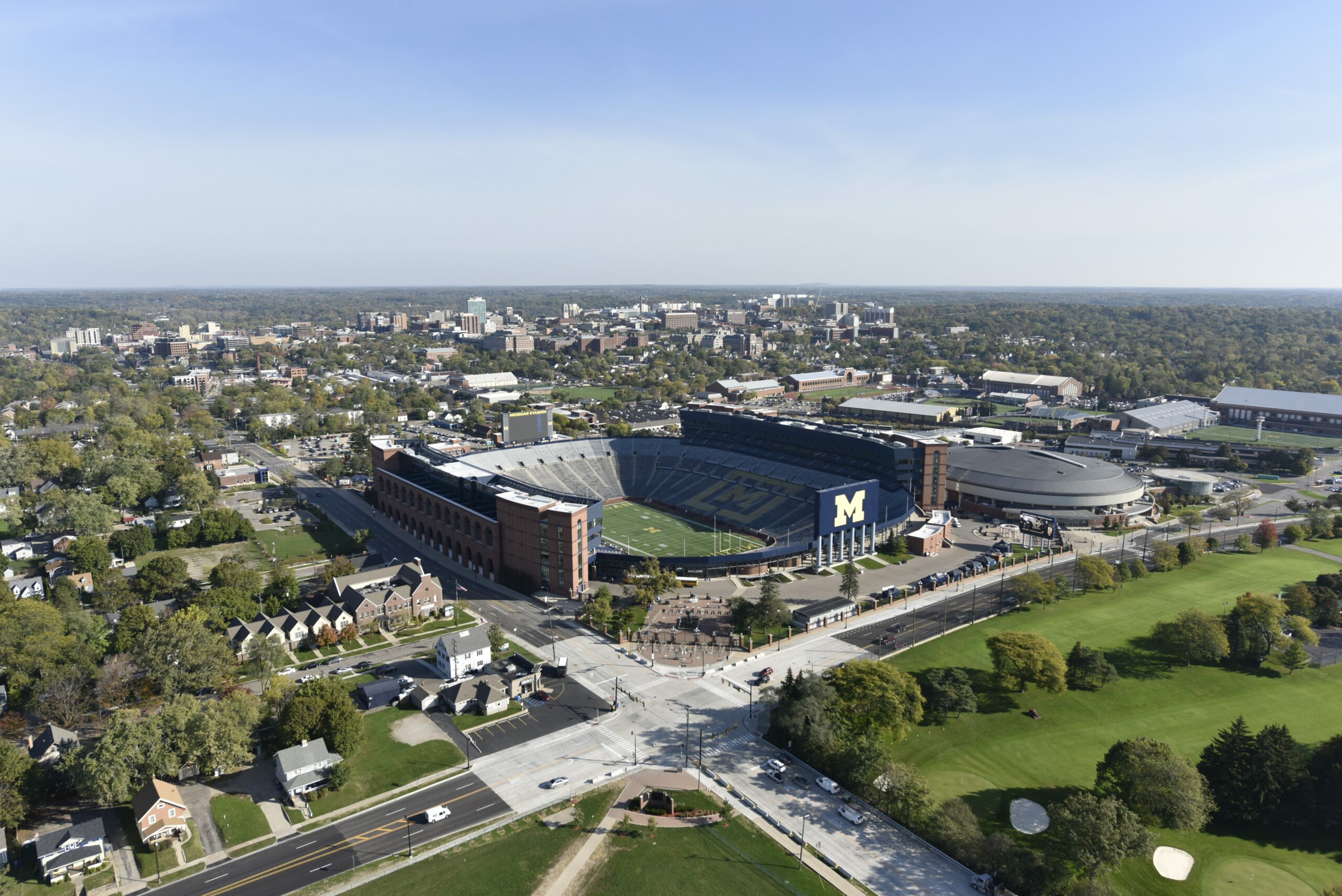 Known in college football as “The Big House” the University of Michigan’s football stadium is a historic landmark built in 1927. Less than 24 hours after the last game of the 2007 season, construction crews began renovating Michigan Stadium – putting their carefully developed scheduling plan into action.

Split into three construction “seasons,” the first year of Big House renovations focused on the installation of new underground utilities, foundations, erection of the structural steel, and new construction of service buildings around the concourse. Barton Malow self-performed concrete services to help with the fast-paced schedule.

Year two was focused on building enclosure with the installation of the brick, glass, and roof along with safety code updates.

Met with scheduling challenges, community concern, and public opinion, the completion of the Big House renovations and subsequent expansion was non-negotiable, with a capacity crowd of 109,901 fans expected for its opening game of the fall season on September 4.

The project team navigated through the intricate project with creative procurement strategies and constant communication, while keeping safety a number one priority for fans, students, athletes, and the 4,400 men and women that worked on the project.

The Big House renovations and subsequent expansion were completed on-time and within budget without interrupting 16 home football games, two spring commencements, and two spring football games throughout the duration of construction.

"Fans were astounded by the improvements and game day experience, and that speaks to what a great team and company is. I think it’s an incredible place and a place we can all be so proud of." 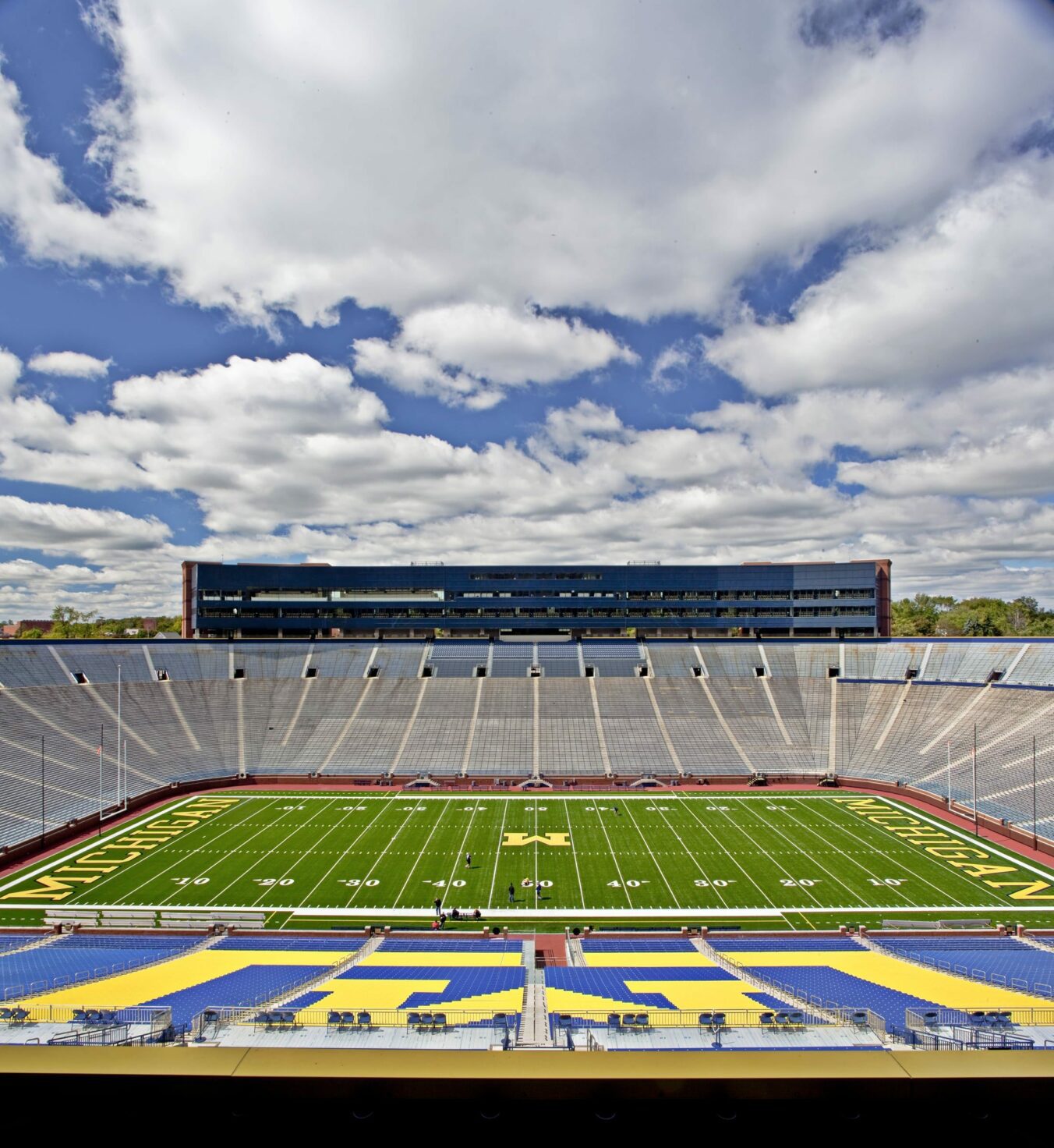 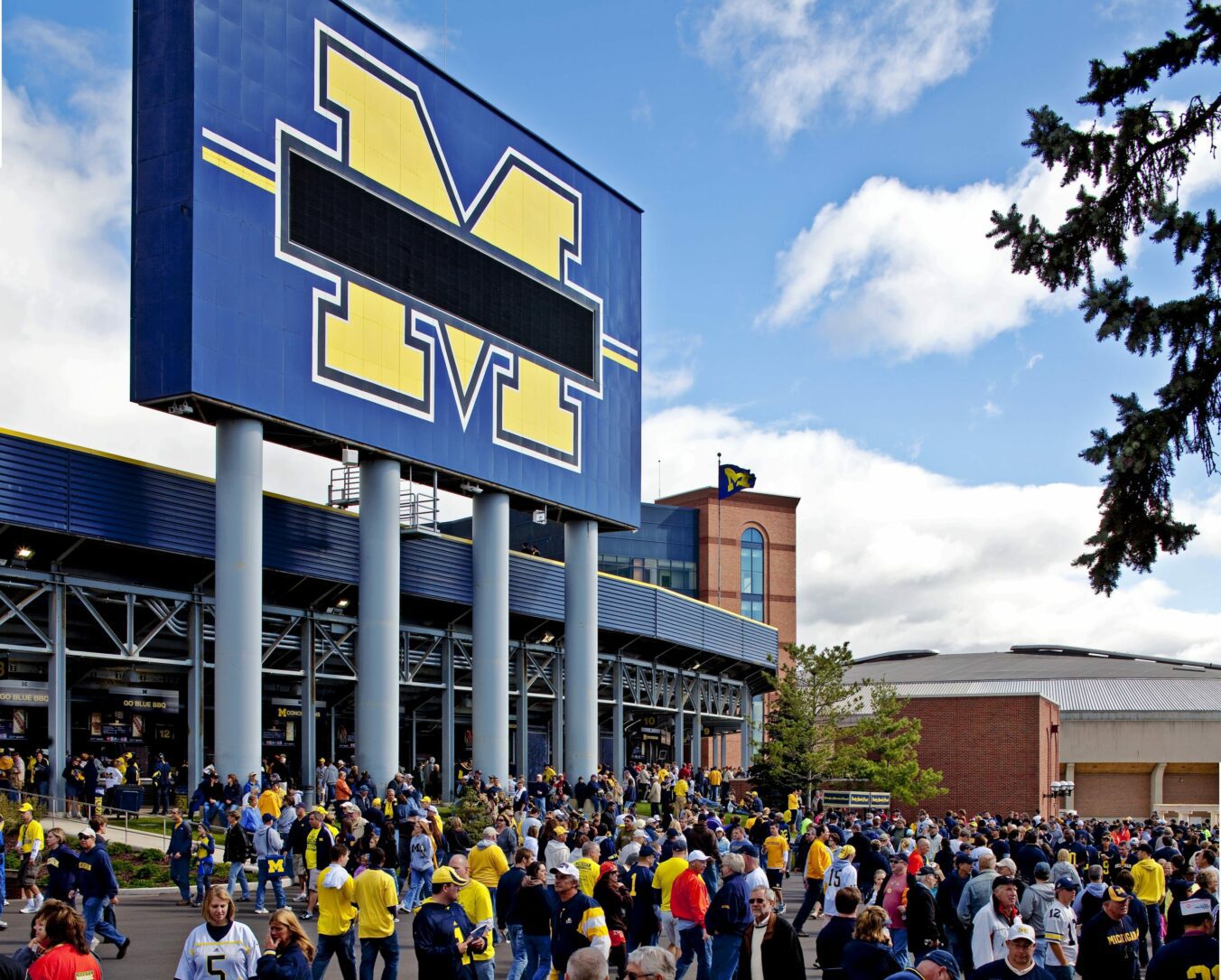 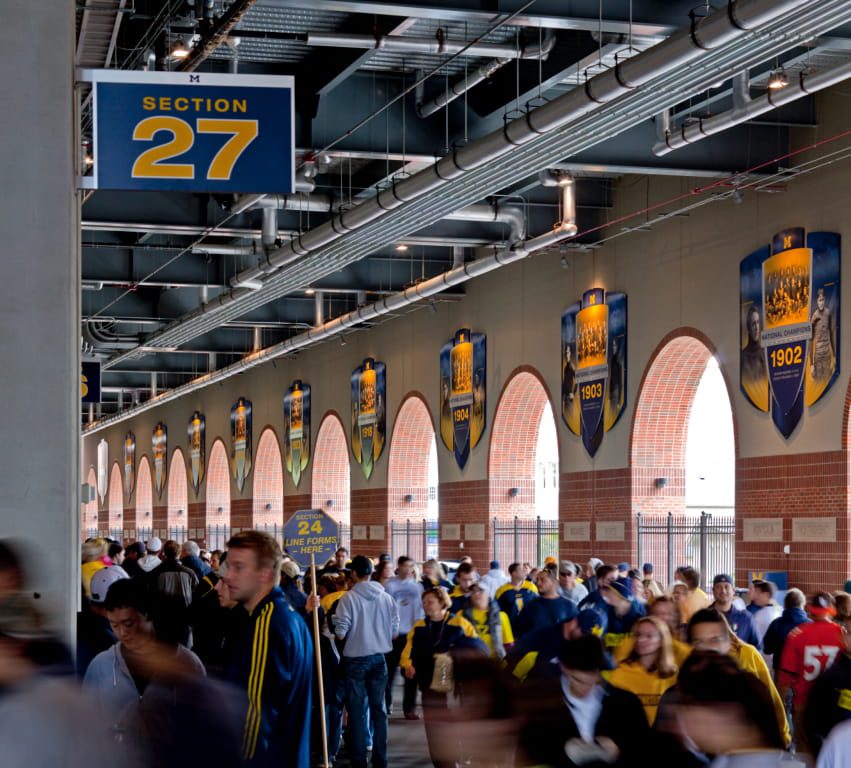 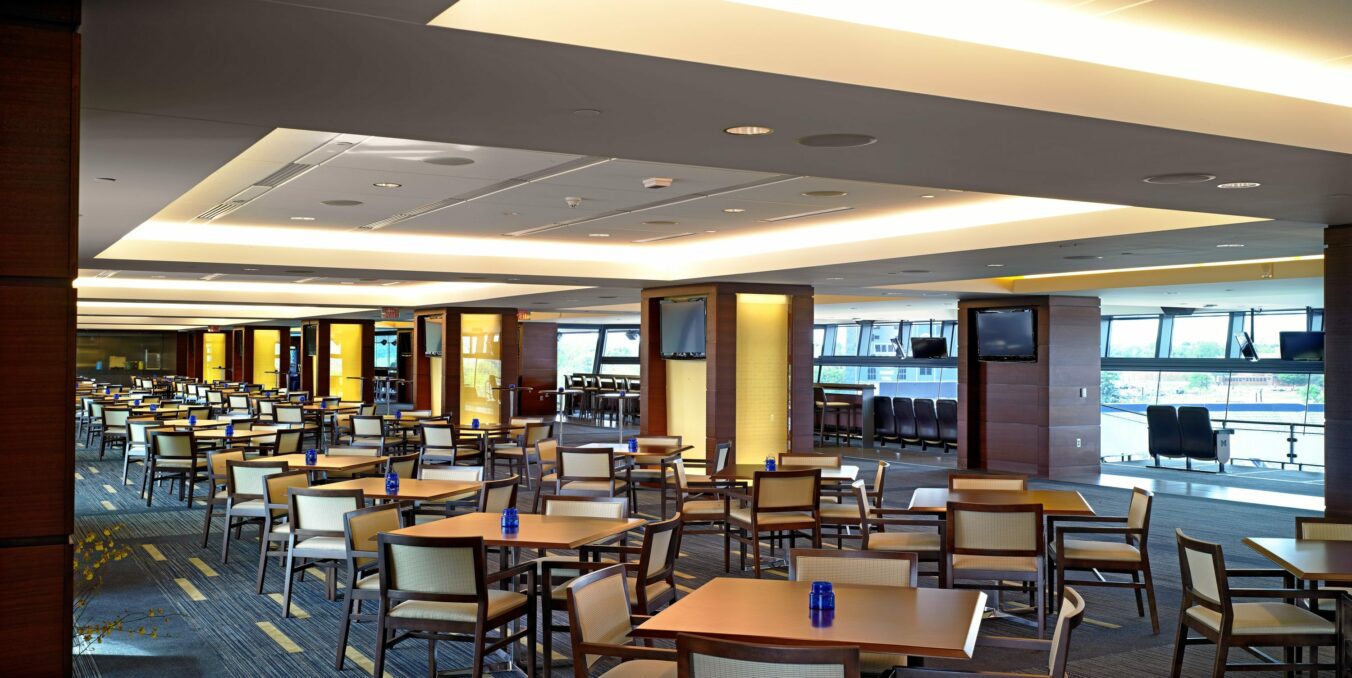 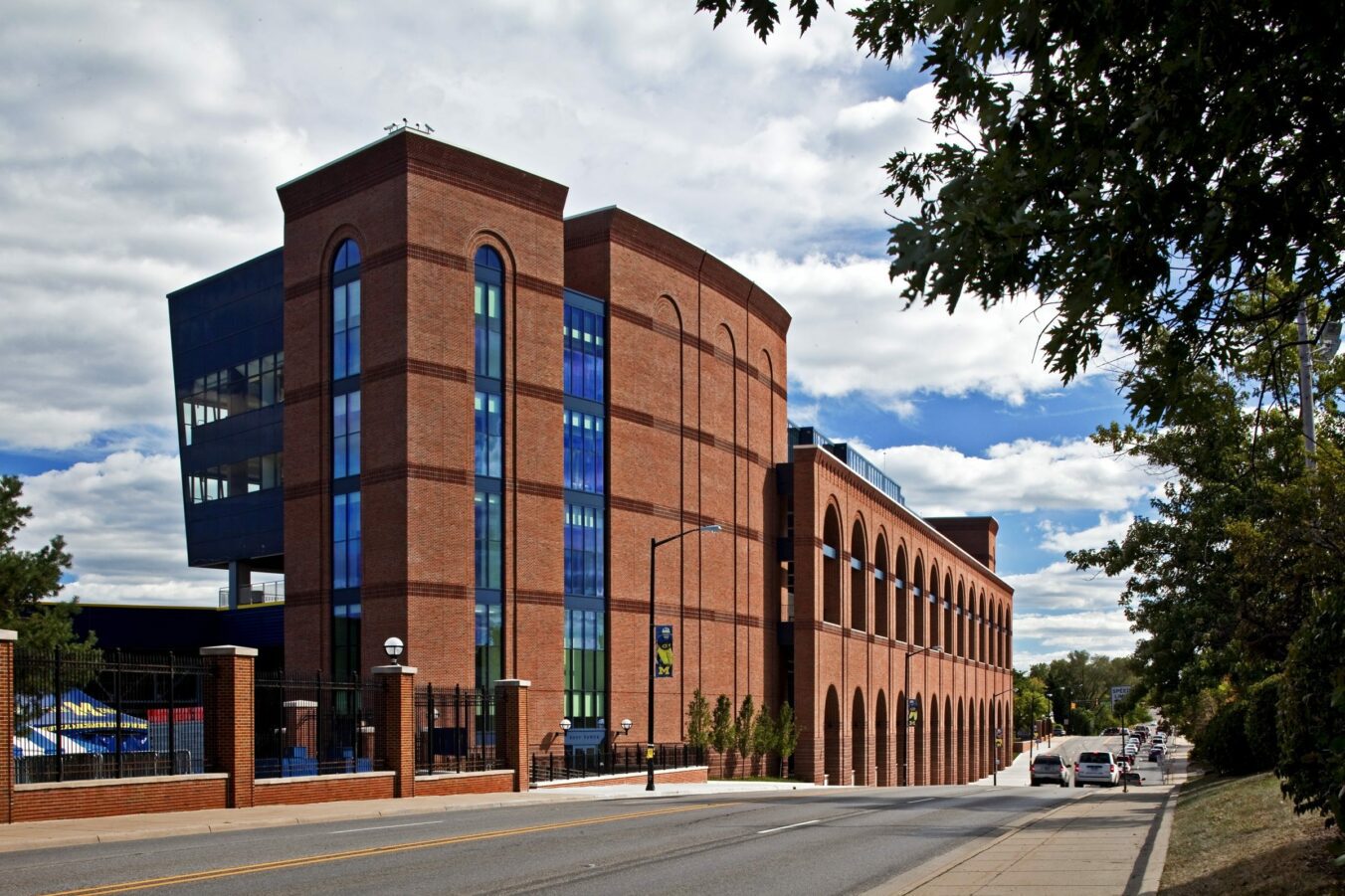 View of the stadium from the west, off Main Street