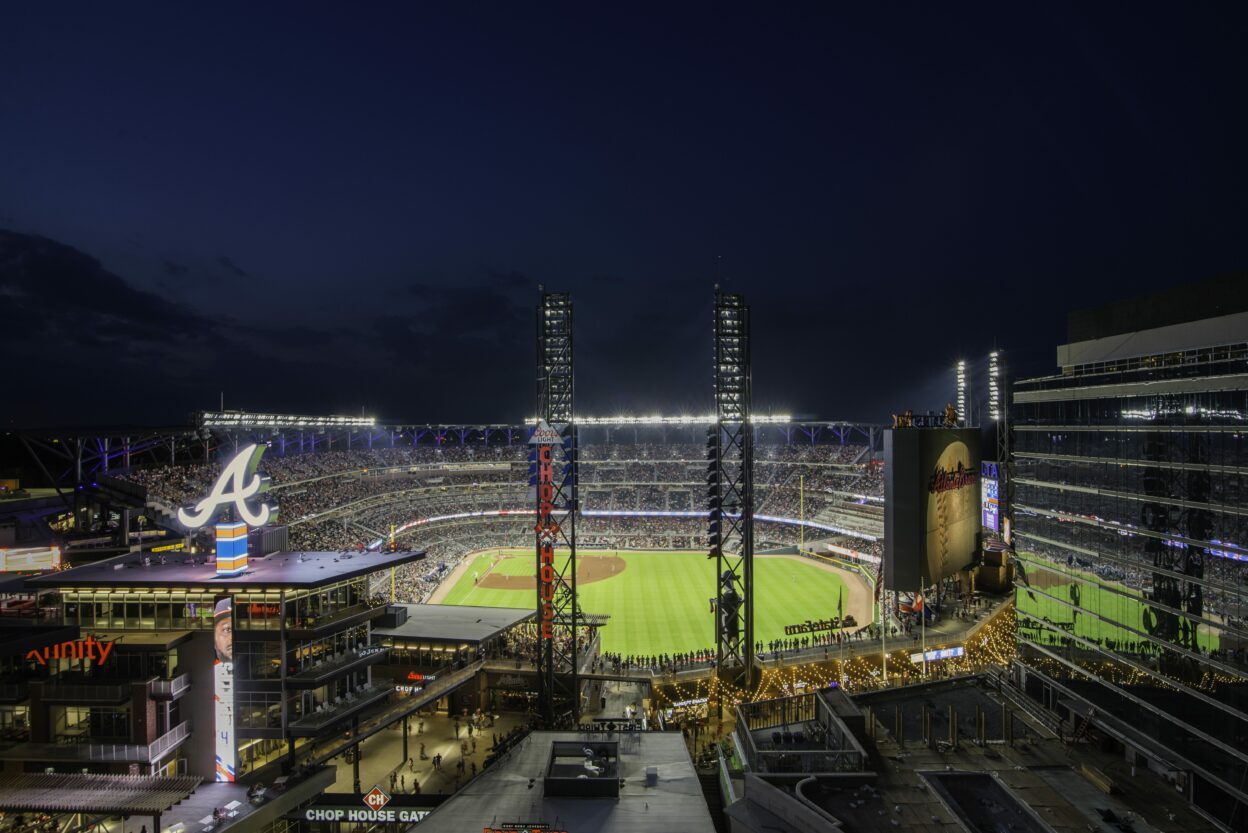 The Atlanta Braves’ new stadium was built by the MLB ballpark builder construction management team known as American Builders 2017, which included Barton Malow. Constructed in a public/private partnership, the new stadium includes 41,500 seats and has a more intimate configuration, placing a higher percentage of seats closer to the field than any other ballpark in Major League Baseball.

There are also 46 suites around the ballpark providing spectacular views of the field. The stadium also has a 90-foot roof – three times the size of the current roof at Turner Field – and air conditioning on every level makes sure the majority of fans are cool on hot summer days.

Additional features include a spacious boulevard along the ballpark that allows visitors and residents to take advantage of the many restaurants and shops that can be visited all year round. The flow of the roads provides a more walkable environment for fans heading into the games. In addition to the ballpark, the first phase of this mixed-use project included a blend of bars, shops, restaurants, office space, hotels, and residences. ​​

Barton Malow’s status as an MLB ballpark builder dates back to the 1930s. Learn more on our Sports + Entertainment market page. 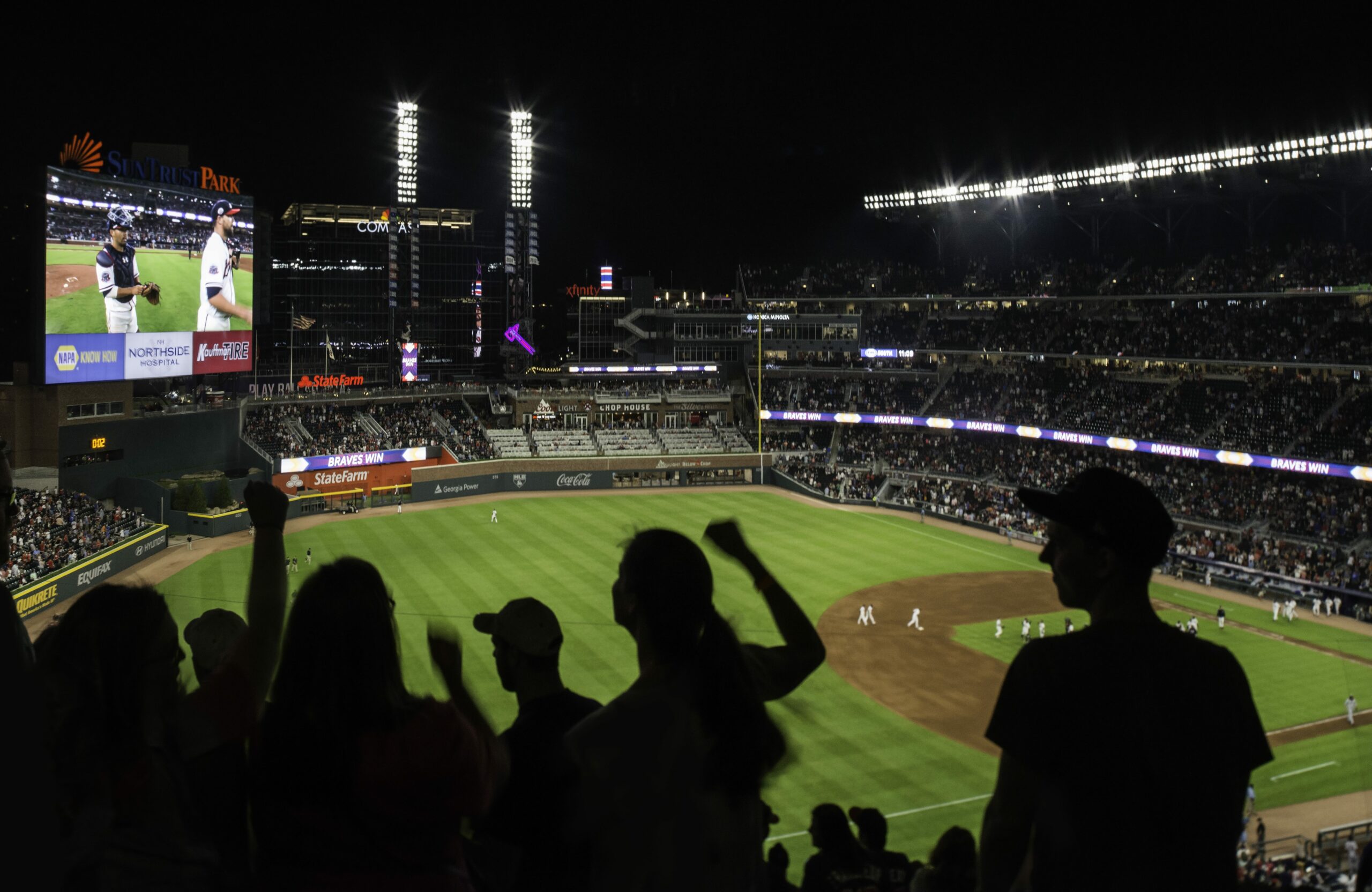 View of Truist Park from third base line grandstands 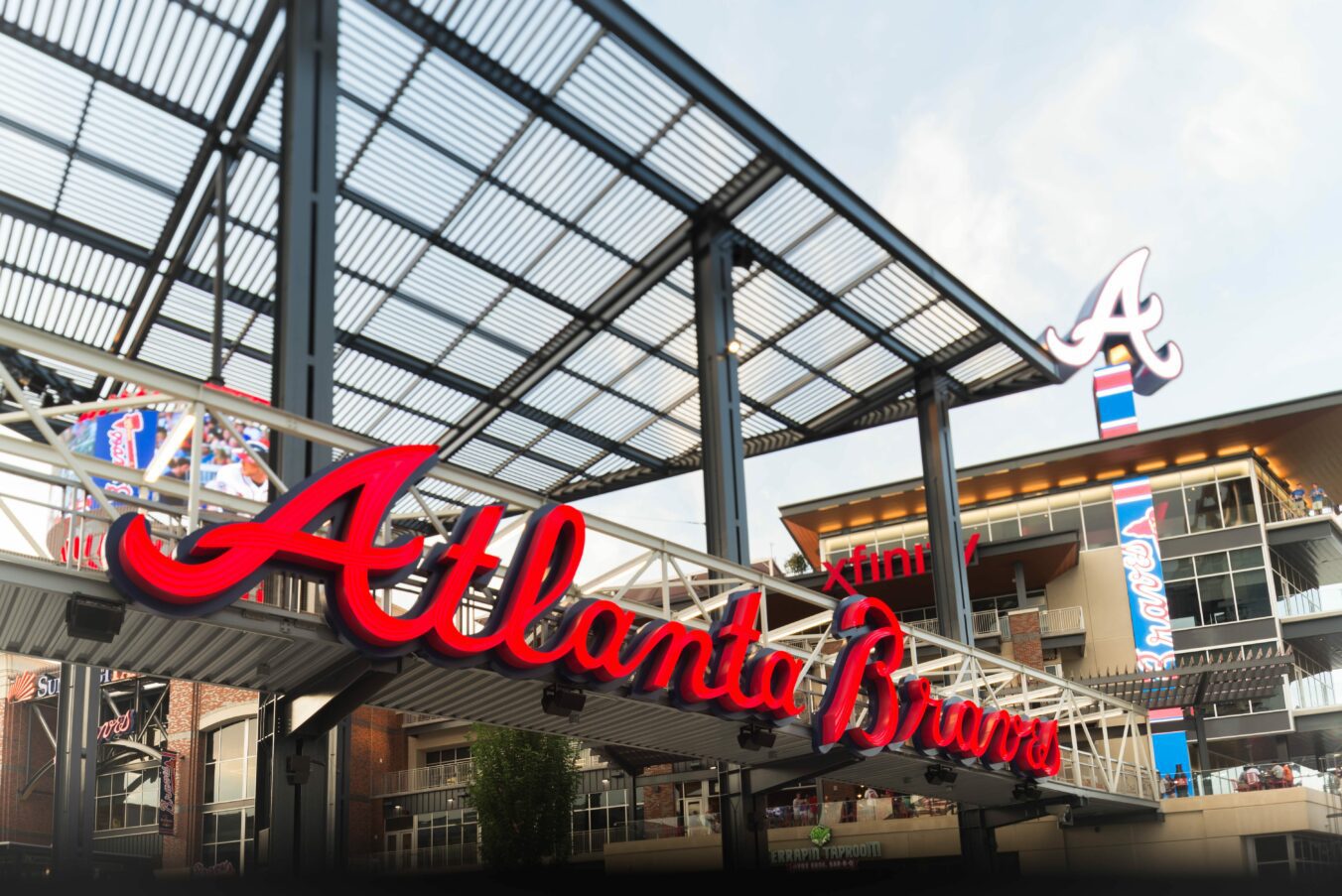 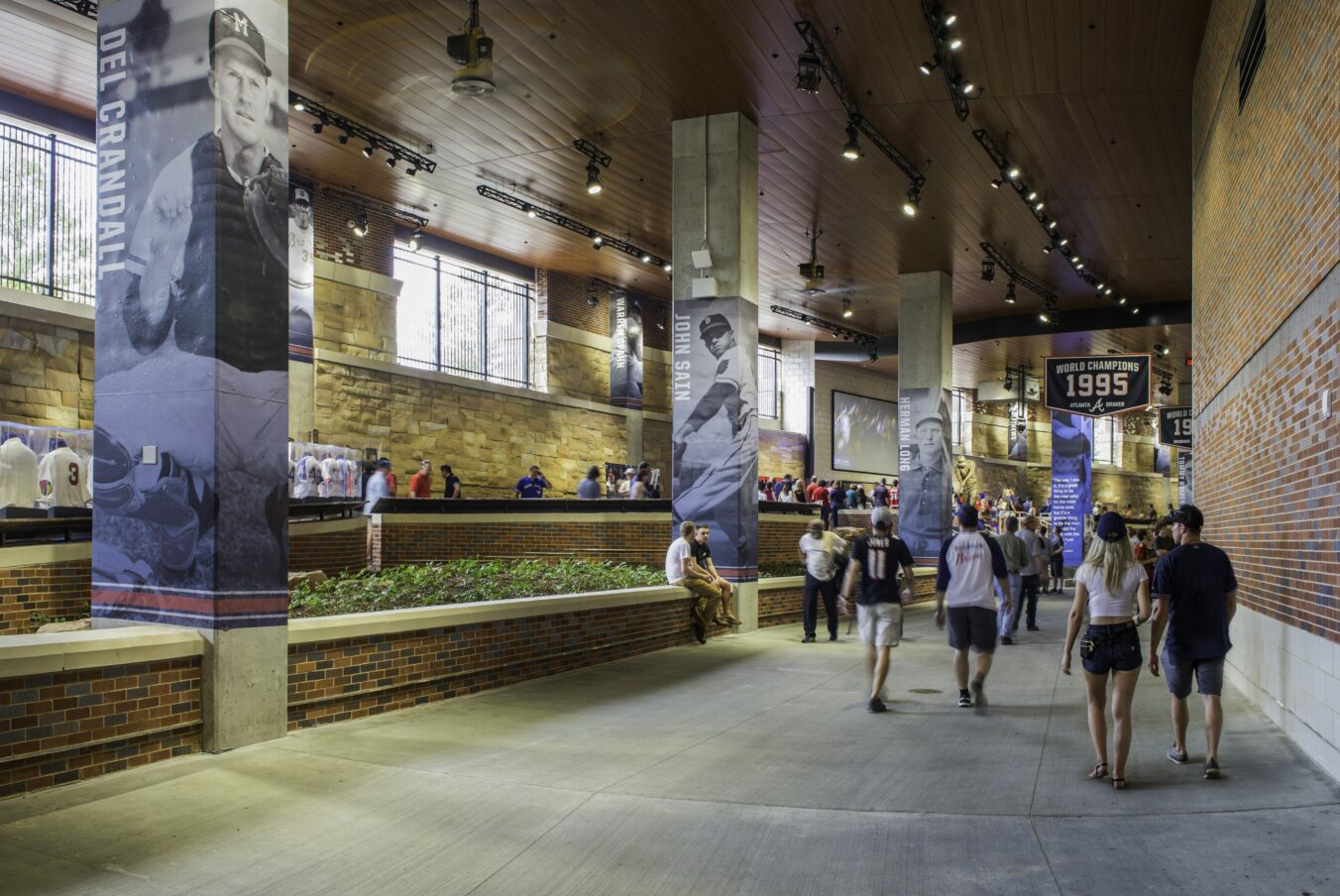 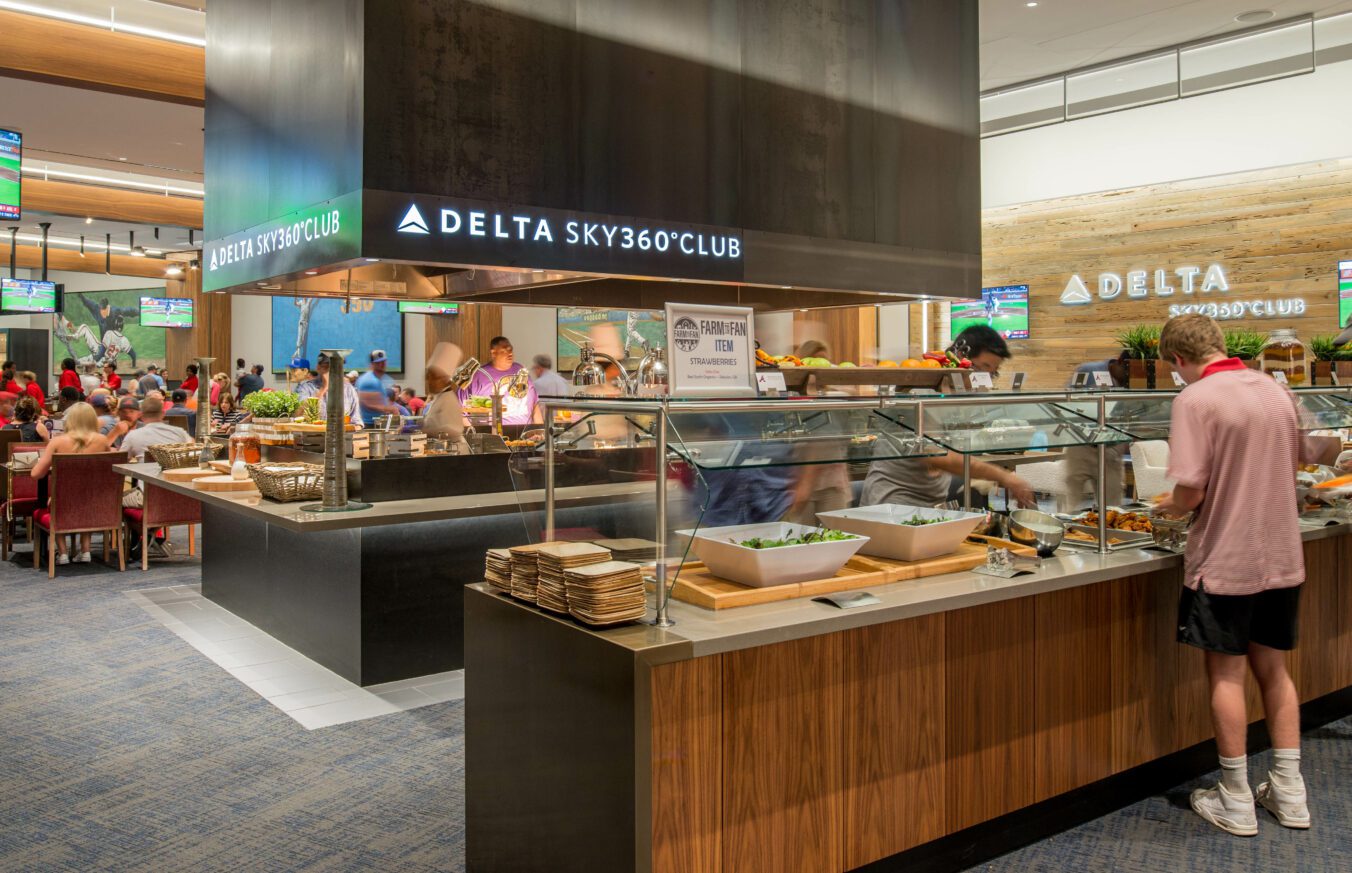