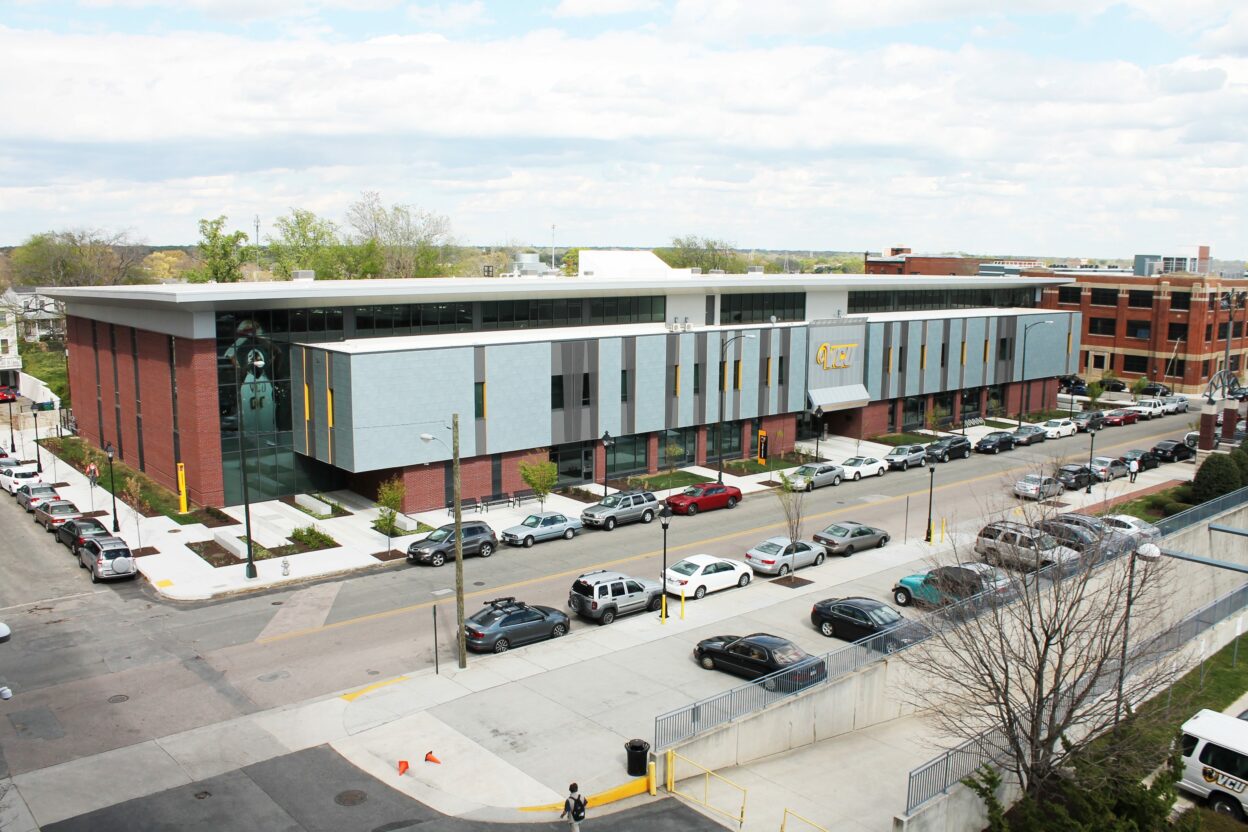 Due to constraints set by the NCAA schedule, VCU’s new Basketball Development Center had no room for setbacks. Barton Malow and VMDO architects immediately got to work on this design-build project. The resulting state-of-the-art facility serves VCU athletics men’s and women’s basketball programs and caters to the student athletes’ needs both on and off the court.

Located adjacent to VCU’s Siegel Center on the bustling urban campus, the building houses wings for both teams with practice gymnasiums, strength and conditioning spaces, locker rooms, lounges, dining spaces, conference rooms, coach offices, video rooms, and a two-story hall of fame. The locker rooms are connected to study lounges as well as the practice courts, which can be overseen from viewing decks, coaches’ offices, and conference rooms. Centralizing these amenities in one facility has given the coaches immediate access to and oversight of the student-athletes while aiding in recruitment and team development.

The design-build team collaborated with VCU to develop an extensive marketing plan, which maximized the promotion of the facility and kept stakeholders, staff, students, and the community involved. Prior to construction, the project team’s animated video tour proved to be a vital tool for the University to communicate the facility’s features to coaches, players, and recruits in the early phases of the project. Barton Malow’s Virtual Design and Construction team also developed a 360-degree virtual tour of the completed facility, used to engage students and donors and as a key recruiting tool for VCU athletics.

From VCU athletics to MSU, Barton Malow has worked with collegiate sports teams across the country. Learn more about our sports portfolio

"I have been involved with many renovation and new construction projects during my thirty years in intercollegiate athletics. I can say, without hesitation, that this was by far the smoothest and well-managed project with which I have ever been involved.” 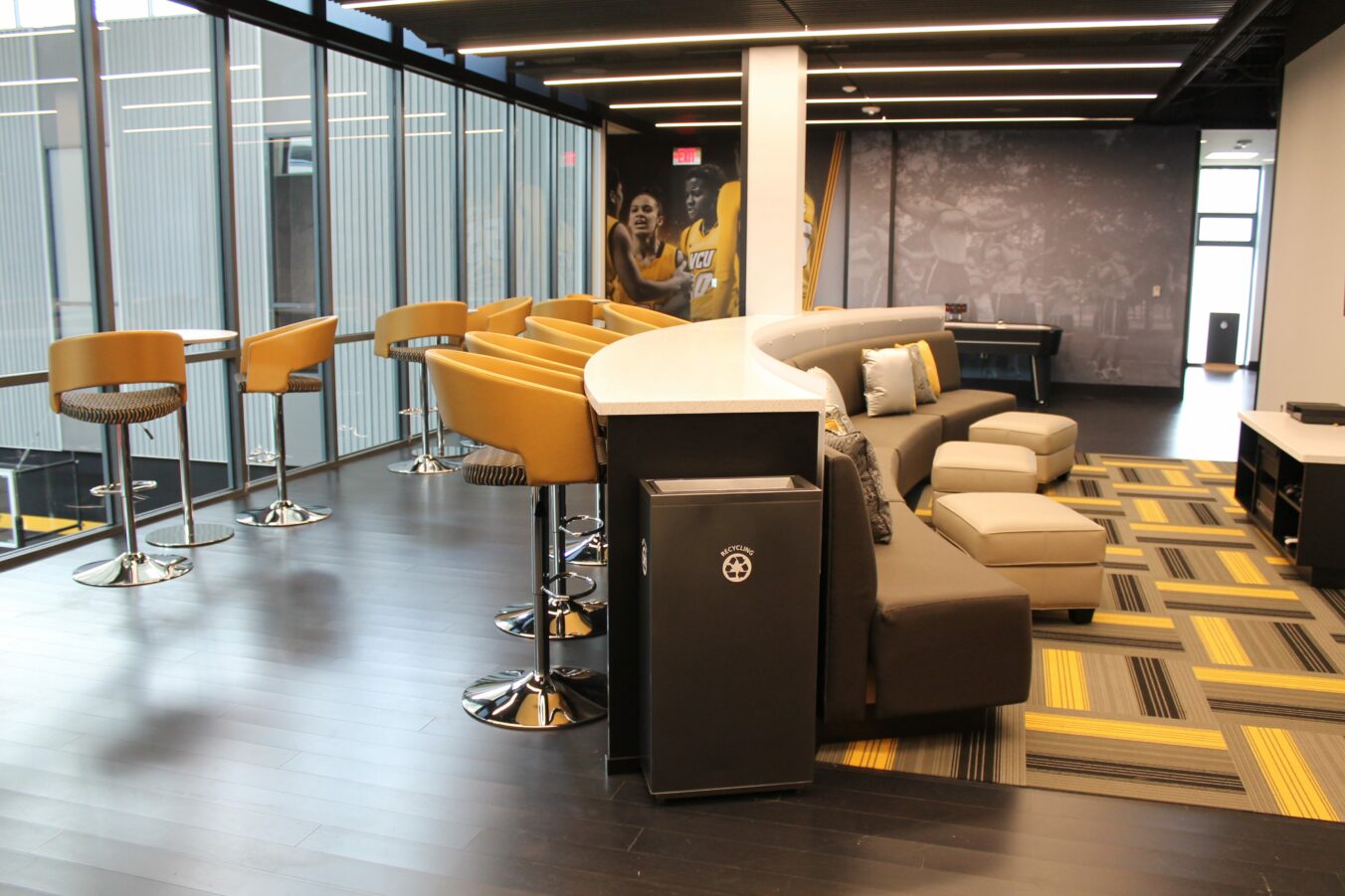 Modern and comfortable accommodations in the women's lounge create an ideal space for players and recruits to observe the practice courts, study, or recharge. 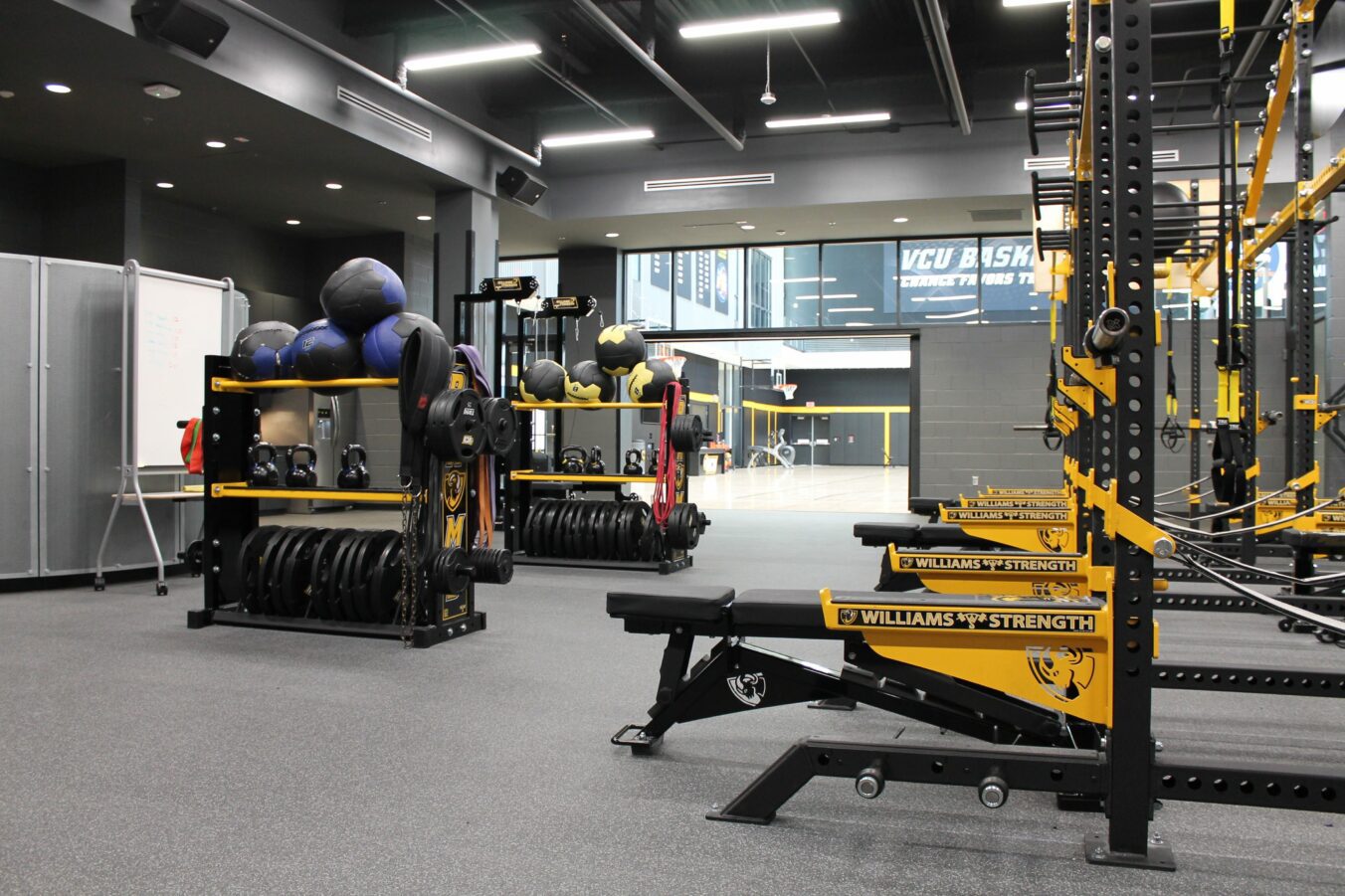 This space provides athletes with everything they need to excel from state-of-the-art equipment to the refueling station and direct access to the practice court. 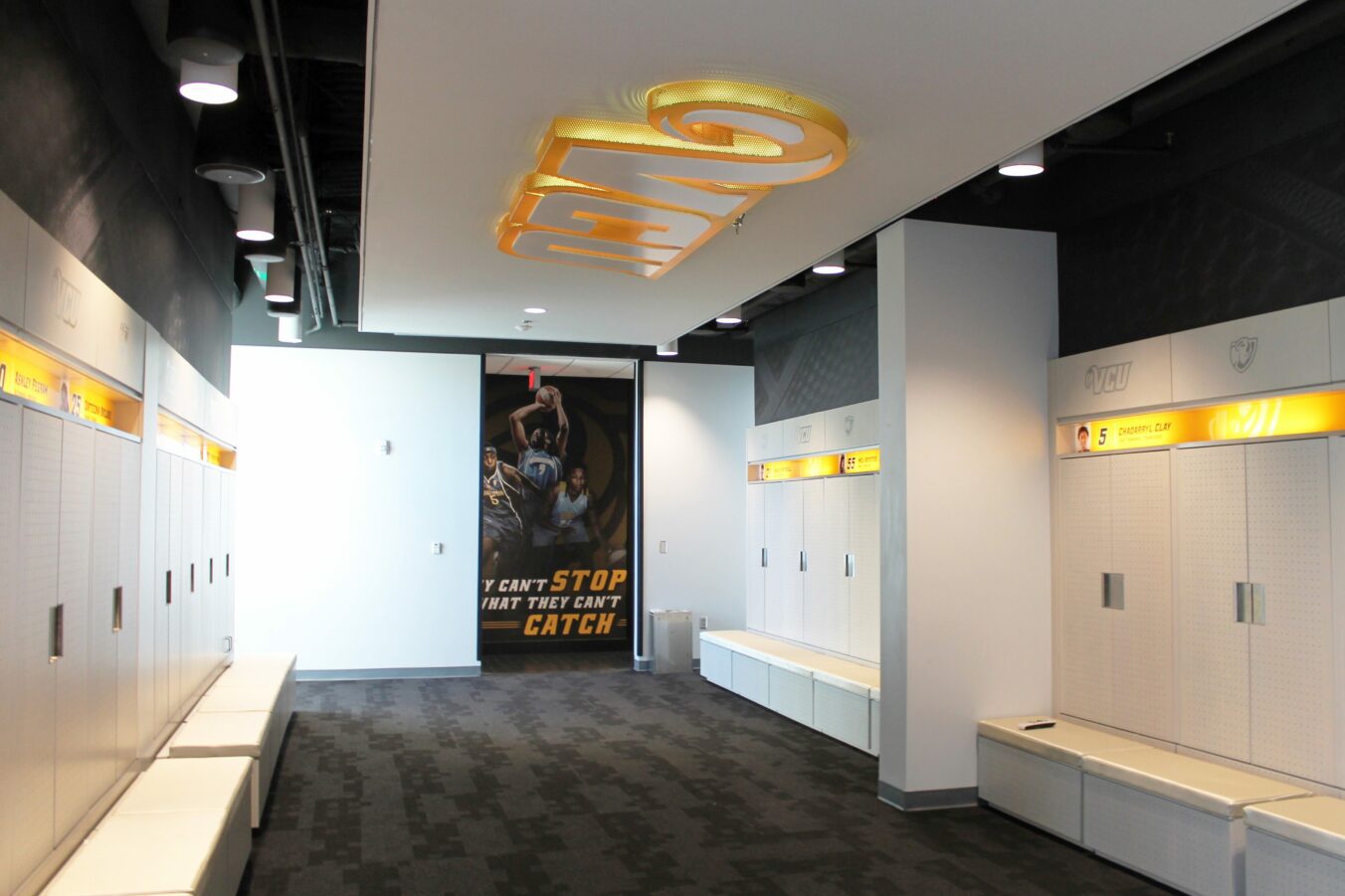 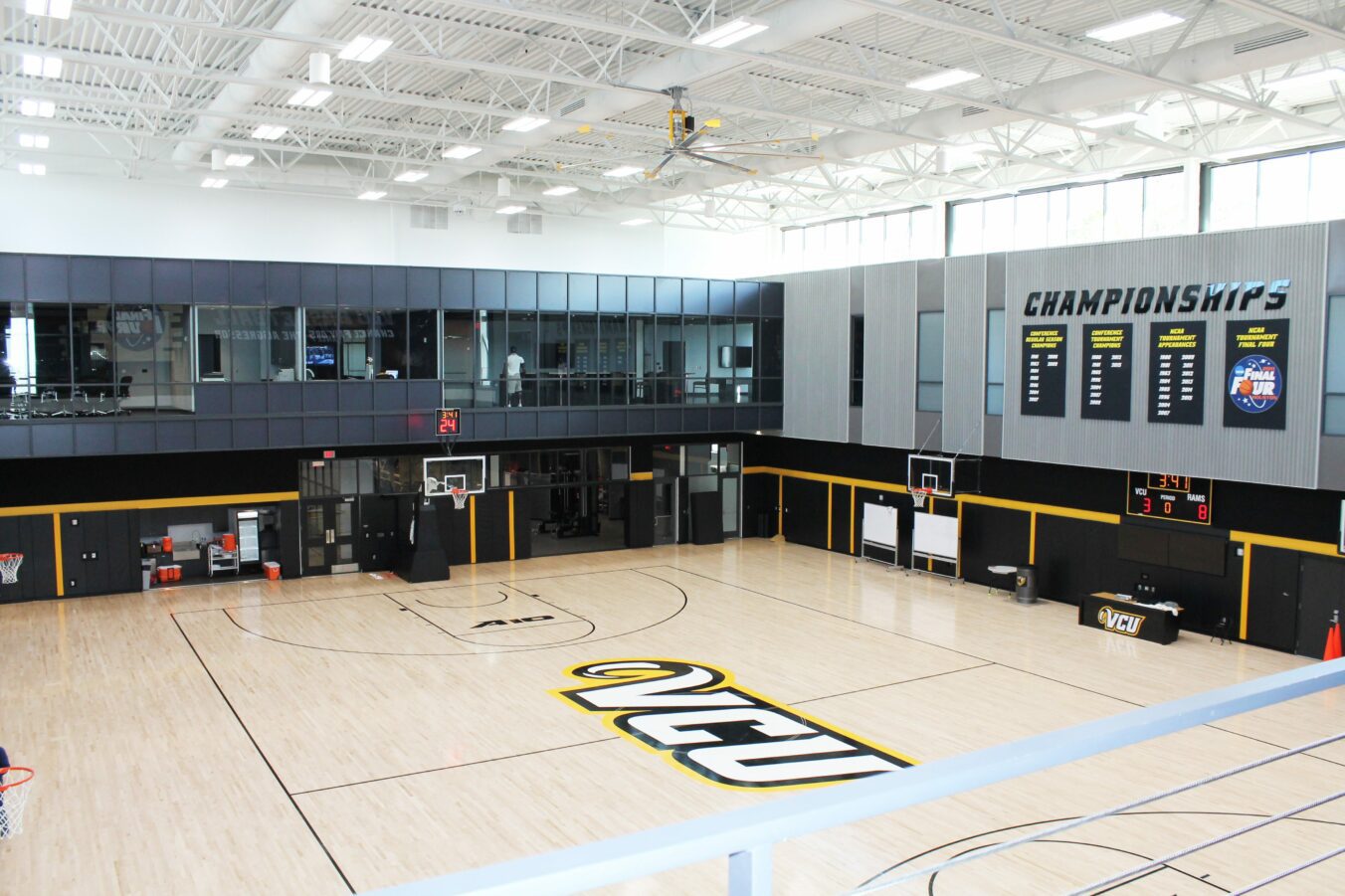 Second-floor windows in the coach offices/conference space and catwalks allow observation of players during practice from a number of vantage points.