Daytona International Speedway, one of the most iconic tracks in auto racing, was in need of major improvements to enhance the fan experience. As a NASCAR builder, we carried out a thorough frontstretch grandstand replacement over the course of 30 months that consisted of installing 100,000 wider seats, new club-level seating, new suites, twice as many restrooms, and three times the concession stands of before. We also added five expanded and redesigned “injector” entrances to lead fans to a series of escalators and elevators, transporting them to three different concourse levels with spacious social areas, called neighborhoods.

Furthermore, the project was carried out in a manner that allowed race events to continue during construction. The project required careful coordination, scheduling, and above all, safety.

To ensure client satisfaction, Barton Malow implemented an array of tools and technologies. We used Synchro to coordinate schedule, manpower, and logistics, along with Prolog Mobile for field document management, Bluebeam Studio for all submittal reviews, and Tekla Structures for contractors to add material tracking and installation information to model objects. These tools were integrated with our closeout program, Ecodomus, to provide a comprehensive platform with models and all project information that could be easily viewed on a tablet. In addition, all trade workers wore RFID tags for man-hour tracking and security.

Through pre-planning sessions, enhanced prefabrication, and effective management in the field, Barton Malow’s self-perform division installed 476 pile cap foundations, totaling over 6,700 CY of concrete in less than five months, at a competitive price, and without a single safety incident.

The aggressive schedule mandated that Barton Malow fast-track the piling and concrete foundation package in order to have the site ready to erect the steel superstructure in early fall. The team formulated a detailed sequencing plan that maximized the time and cost-saving benefits of prefabricating formwork to improve onsite labor efficiencies and increase the times formwork could be reused. Barton Malow also had the reinforcing steel detailed utilizing BIM technology to further reduce fabrication time and limit the number of modifications in the field.

Barton Malow conducted two subcontractor outreach forums to engage minority/women-owned businesses, as well as the local community. These attracted more than 300 people, with 230 different companies represented. As a result, a majority of firms hired were local and many from the MWBE community.

In March 2017, the Daytona Rising Frontstretch Grandstand Replacement project was acknowledged by the Associated General Contractors (AGC) of America as the best project of 2016. Barton Malow also received the AGC’s Alliant Build America Grand Award, as well as the award for the best design-build project of the year.

For more information on our position as a leading NASCAR builder and to see more projects, visit the Sports + Entertainment market page.

“The design-build team of Barton Malow and ROSSETTI made ideal partners for the historic DAYTONA Rising project - the single largest investment in our company's history. We worked together in complete collaboration and partnership for over three years to bring our fans, partners, community, and the industry a unique experience unmatched in motorsports. DAYTONA Rising now represents the ‘World Center for Racing’ as the only motorsports stadium in the world, providing the ultimate fan experience.” 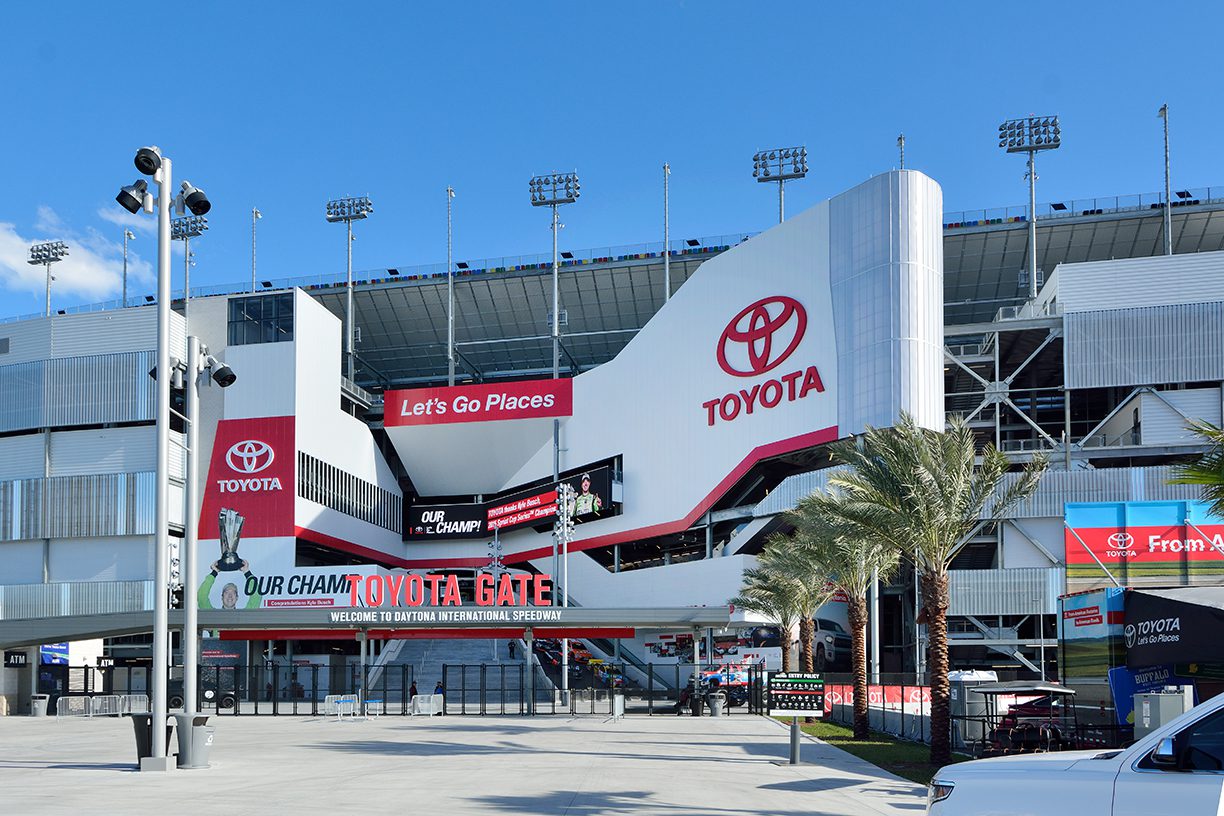 One of the Speedway’s five injectors (also called neighborhoods), each integrating a sponsor’s theming and branding. 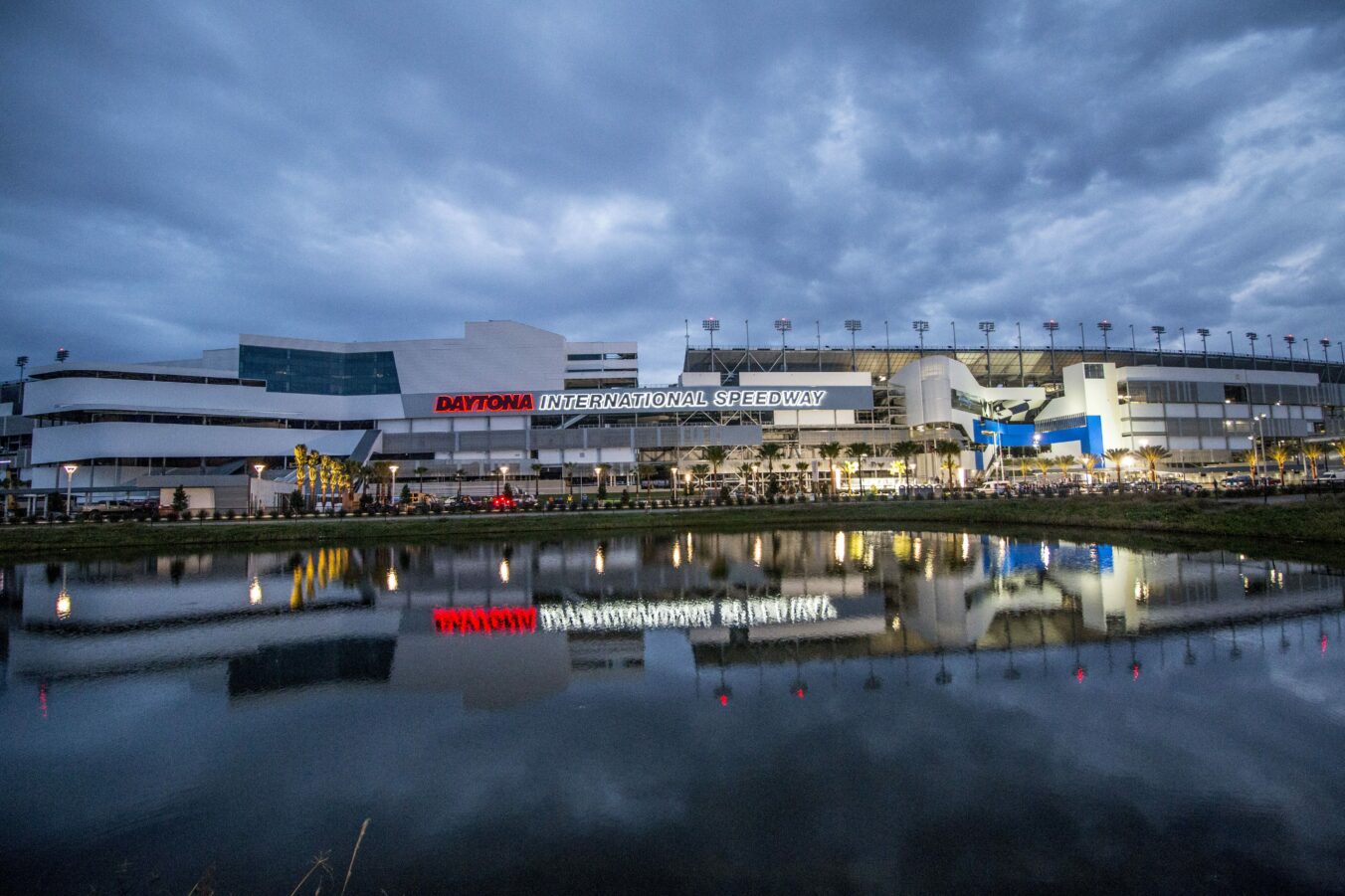 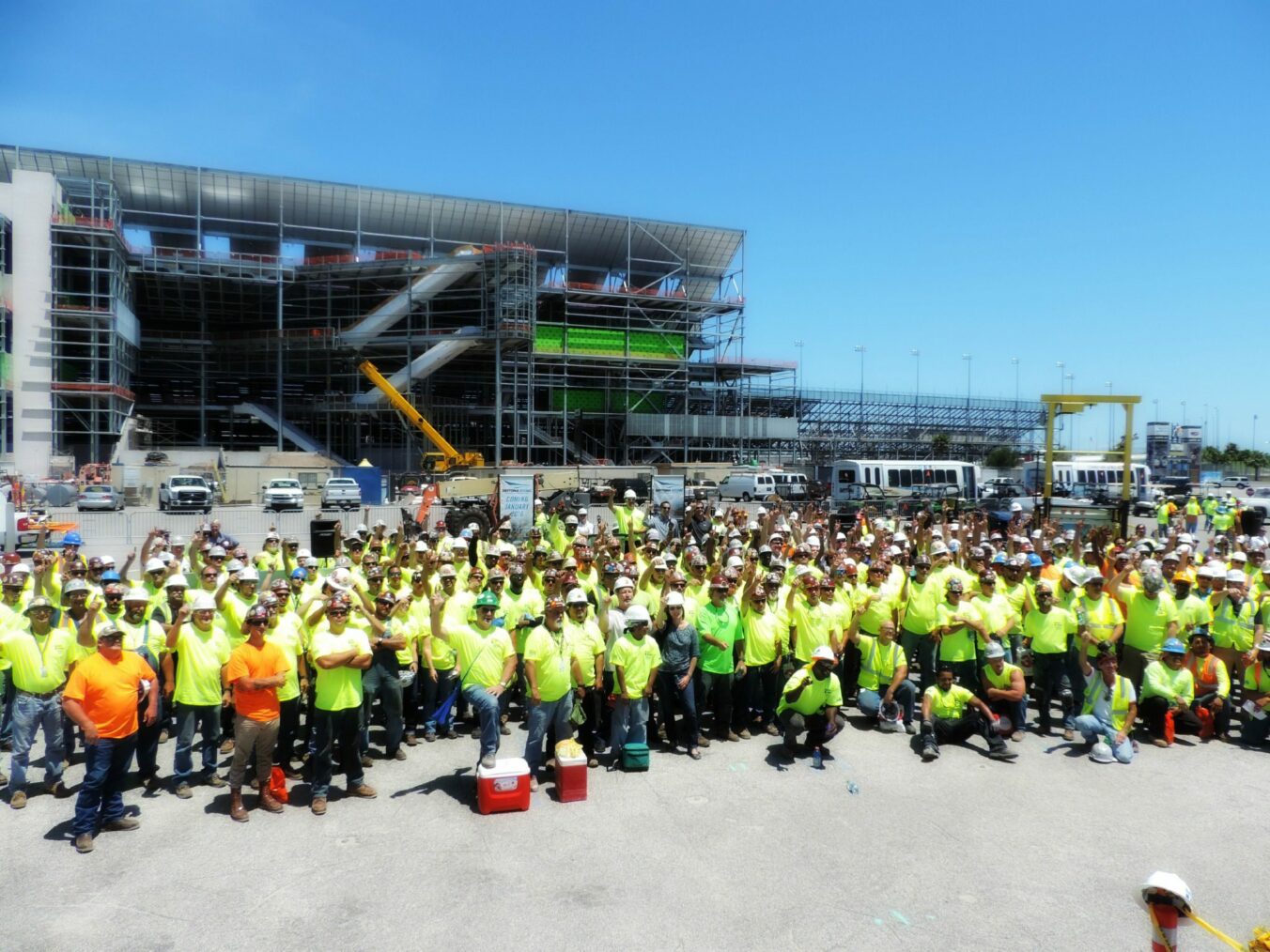 The proud team taking a group photo in front of the new southwest injector.